Sheila’s master plan to weasel her way back into Eric’s life has hit a major snag in these spoilers from THE BOLD & THE BEAUTIFUL. And Bill’s scheme to destroy Spectra could also fall apart if Liam’s conscience gets the better of him!

Eric invited Sheila to stay in his home while she recovered from her head injury, but he also brought in James Warwick to examine her! And as Sheila’s ex-husband and former therapist, James knows exactly how she operates. “Eric asked me to evaluate you,” he informs Sheila. “It’s apparent you’re well enough to leave this house but… it’s also apparent that you don’t want to.” Will he get to the truth or will Sheila be forced to take him out in order to keep her plan on track?

MUST SEE: Everything You Need to Know About James’ History With Sheila 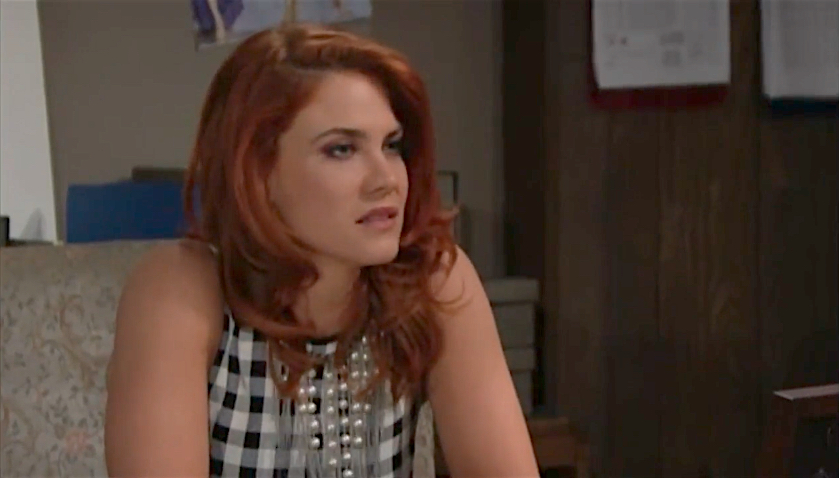 An emotional Sally opens up to Liam. (Photo Credit: CBS)

Steffy continues to warn Bill that hiring Liam to interview Sally may not be the best idea because he’s a good guy who’s likely to tell her the truth about Thomas and Caroline if push comes to shove. “I’m just saying, he knows that you’re lying about Caroline dying,” she reminds Bill. “I wonder if it was the best idea to put him on this assignment with Sally.”

Over at Spectra, Sally continues to talk to Liam about Spectra, but as she opens up about losing Thomas temporarily she becomes emotional. “I just feel so empty,” she confesses, her voice cracking. “Like I’ve lost a part of myself.” Will seeing how torn up she is about Thomas leaving her to be with a “dying” Caroline cause Liam to have a change of heart and expose Bill’s lie?

Felisha Cooper Tells Us About Her Hilarious New Role!