Bill is on the rampage in these spoilers from THE BOLD & THE BEAUTIFUL, and no one is safe, not even family! Meanwhile, Bill’s indiscretion with Steffy continues to impact Liam’s future, but might he have another path to journey with Hope?

After Wyatt and Katie decided to tell Bill that not only were they in a relationship but also engaged, he hit the roof. Especially when he learned other people knew and had kept the secret from him as well. He threatened to take custody of their son, Will, away from Katie, and now she’s absolutely terrified she’s going to lose her child. “He’s going to take Will!” Katie cries frantically. “Did you hear what he said? He wants to hurt me! He’s gonna take Will!” Wyatt attempts to calm her down but he seems to be fighting a losing battle. Is there anything they can do to stop Bill from following through on his threat?

Meanwhile, Bill is at Il Giardino with Justin making good on his other threat, which was to disown his son. “I don’t want Wyatt having any legal claim as my son,” he proclaims. How far will he go to cut everyone out of his life? 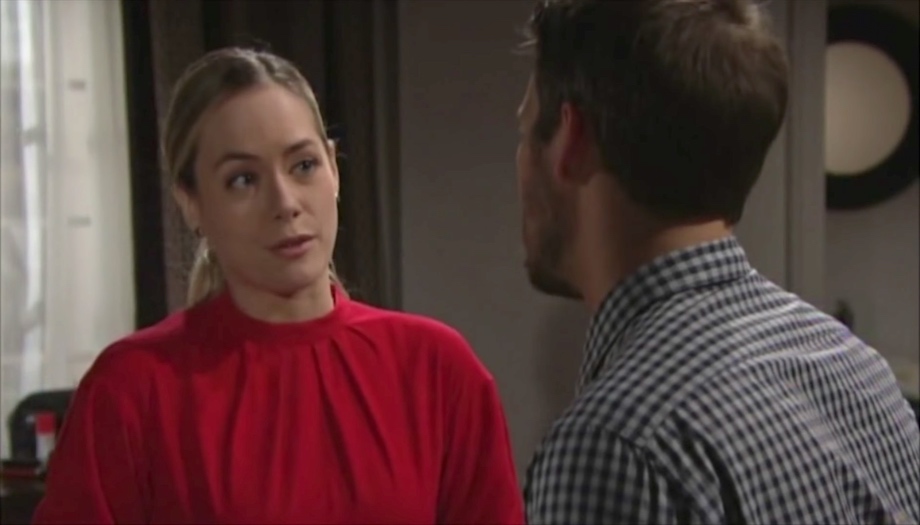 Does Hope really want Liam and Steffy to get back together? (Photo Credit: CBS)

Steffy has begun to worry that Hope might actually still have feelings for Liam, despite her insistence to the contrary. But while the blonde may be in Liam’s hotel room, she continues to press him to think about getting back together with his wife. “It doesn’t have to end if you don’t want it to,” she urges. “She hasn’t signed the annulment papers yet.” But is Hope being genuine, or might she just be playing the good girl in the hopes that it will lure Liam back to her?

Don Diamont Cast on the Italian DANCING WITH THE STARS