Liam is looking for an ally in his fight against Bill in these spoilers from THE BOLD & THE BEAUTIFUL. But Bill already has a strong ally… who may be about to replace Brooke in his heart! Is Dollar Bill about to make another big mistake?

Liam can’t believe Wyatt is still defending their father, even after learning that Bill committed arson and lied to Thomas that Caroline was dying. He promises his brother that he’s trying to do something good with the company their family created and wants his help. “Be my right-hand man,” Liam suggests. “Run the company with me!” But Wyatt remains unsure about betraying Bill the same way that Liam has. “This is a new era, bro,” Liam insists. “And you and me? We’re at the top.” But will Wyatt agree to join him there? 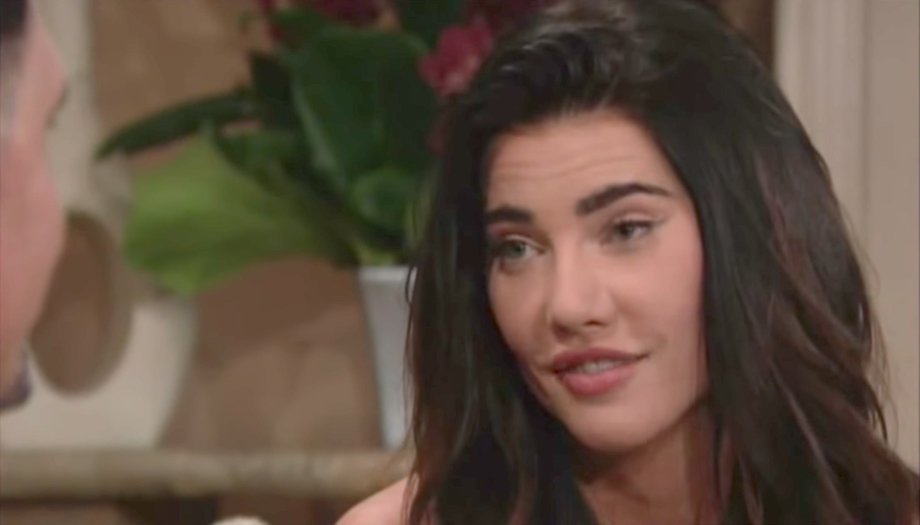 Bill might want more from Steffy than a shoulder to cry on! (Photo Credit: CBS)

Meanwhile, Steffy continues to offer Bill a shoulder to lean on as he vents his frustration about losing both his company and his wife. “A woman’s gonna come into your life that’s gonna make you forget that Brooke Logan ever existed,” she promises with a smile. Might Steffy be that woman? Bill has already started eyeing her up, and stealing Liam’s wife would certainly be the perfect way to take revenge on his son! But would Steffy really betray her husband for another shot at Bill?

Check out this tease for today’s dramatic episode, and for more B&B preview, keep reading the CBS edition of Soaps In Depth magazine!

TODAY: Liam tries to convince Wyatt to join him in running the family business and Steffy tries to comfort Bill. #BoldandBeautiful pic.twitter.com/6IRwICELZT

GH Star Ingo Rademacher Is the New Thorne on B&B!