The cops are hot on the trail of Bill’s shooter, but as these spoilers from THE BOLD & THE BEAUTIFUL make clear, they’ve got a lot of suspects to weed through! And seeing how Liam is acting towards his father, Steffy hopes he can change the way he feels about her, too.

With Sally’s prints found on the golden gun used to shoot Bill, she immediately rose to the top of the most wanted list. But even as Detective Sanchez likes her for the crime, Lt. Baker worries it may be too easy. “If Sally Spectra actually pulled the trigger,” Baker muses to his fellow officer, “how smart is it for her to have admitted everything she’s done up ’til now?” Does all that evidence and motive make it too obvious for Sally to have shot Bill… or is it the perfect smoke screen?

Meanwhile, over at the hospital, as everyone sits vigil at Dollar Bill’s bedside, Hope makes the understatement of the year when she declares: “Lots of people hated Bill.” 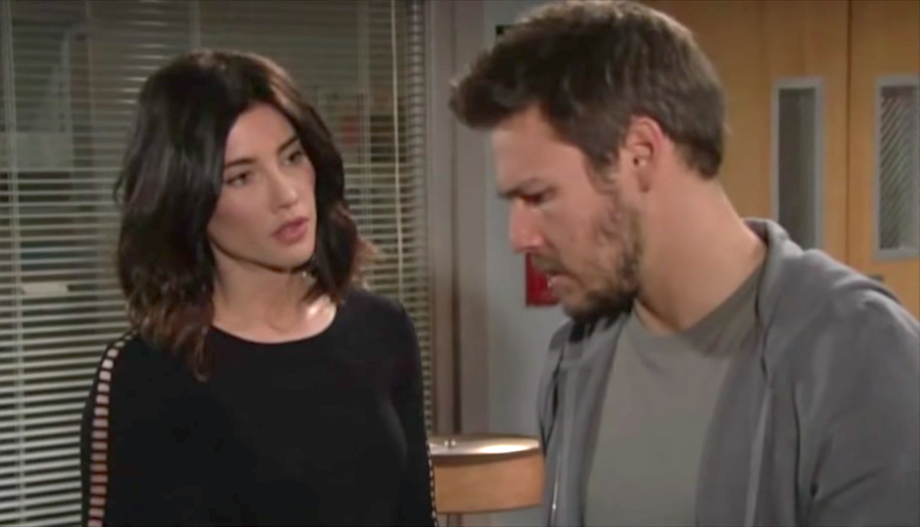 Does Steffy have new hope with Liam? (Photo Credit: CBS)

They had been at each other’s throats for months, but as soon as Bill’s life was in danger, Liam changed his tune, crying and begging his father to come back to him. Since the life-or-death situation seems to have caused Liam to look past Bill sleeping with Steffy, she’s also hoping he might do the same with her. “I know it’s a complicated, difficult situation, Liam,” Steffy admits. Could he also be on the verge of forgiving his wife for sleeping with his father?

Vote on Who You Think Shot Bill Spencer on B&B