Bill is making enemies left and right in these spoilers from THE BOLD & THE BEAUTIFUL, and it’s only a matter of time before somebody does something to stop him! And it’s beginning to look more and more like Hope doesn’t support Liam and Steffy’s reunion as much as she’s been claiming to. This is going to get complicated!

Quinn wasn’t particularly thrilled to learn that Wyatt was engaged to Katie, but at Eric’s urging, she accepted it. However, the one thing she can’t accept is the revelation that Bill slept with Steffy and that’s why Liam left her! “He’s evil, Wyatt,” Quinn declares of her ex. “He has to be dealt with!” But how far will she go to put a stop to Bill’s evil deeds?

Meanwhile, sitting in his office, Bill reflects on his current situation. “I tried to be all about family,” he sighs. “But in the end, I’m alone.” Well, maybe that could have something to do with you sleeping with your son’s wife, disowning your other son because he wants to marry your ex, and alienating your most recent wife by sabotaging a business that nearly led to murder charges! 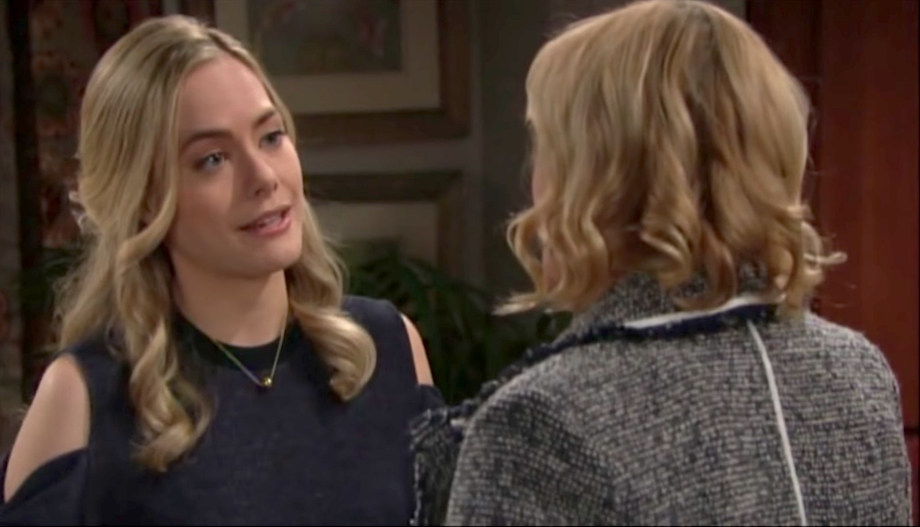 Hope isn’t giving up on Liam quite yet! (Photo Credit: CBS)

Hope has been urging Liam to give his marriage to Steffy another chance, but she’s also admitted that she will always love him and he returned the sentiment. Could that be why she’s confiding to Brooke that she may be changing her attitude? “I want to support their marriage,” Hope admits to her mom. “It just can’t be at the expense of Liam’s happiness.” Does Hope think she’s the one who can truly make him happy?

Bill and Steffy’s Torrid Past Exposed