The Forresters have big plans, but Spectra is on the verge of ruining everything in these spoilers from THE BOLD & THE BEAUTIFUL!

Thomas continues to be smitten with Sally, and mopes around after the redhead broke things off with him. Steffy is supportive, but suggests to her brother, “All I’m saying is that maybe you should just look at other girls besides Sally.” And Ridge makes a bold proclamation when he announces to Thomas and Steffy, “We weathered the storm and Forrester is back stronger than ever.” He gestures to the designs on the table in front of him and declares, “Wait until the world gets a load of this!” Will Ridge’s dreams of success turn into a nightmare courtesy of the Spectras?

MUST SEE: Watch the Official Daytime Emmy Reels for the Younger Actress Category! 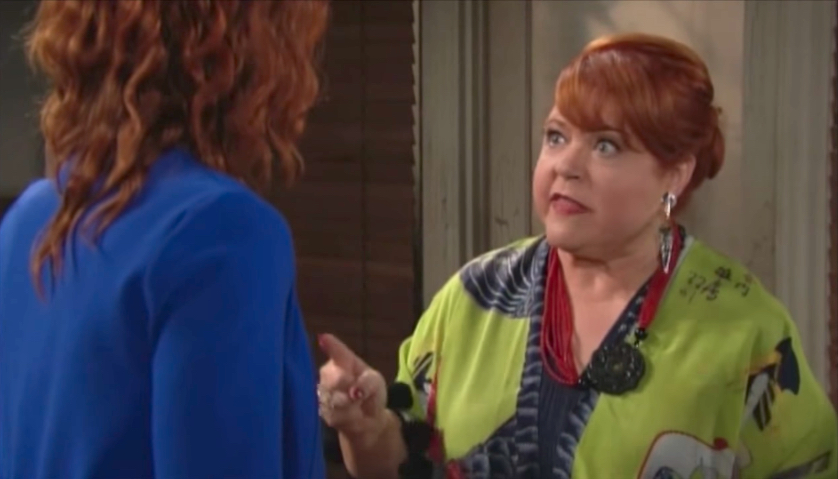 Shirley believes Spectra is on the verge of a breakthrough! (Photo Credit: CBS)

MUST SEE: Watch Every Episode of the Late Night Soap Spoof The Bold and The Lyrical!

“Sally Spectra’s designs can’t compete with the Forresters!” Bill grumbles. “Not on her best day!” But unbeknownst to him, Shirley’s devious plan to rip off the Forresters’ new designs is already well underway! “You have to grab that bull by the horns,” Shirley excitedly declares to Sally. “There’s no backing up now. We are doing this!” But Sally doesn’t appear to be a hundred percent on board with the thieving, so could she find a way to convince her gram to back down? Or will she have no choice but to go along?

Check out this tease for today’s eventful episode, and for more B&B previews, keep reading the CBS edition of Soaps In Depth magazine!

B&B Stars Share Personal Pics From Their Trip to Australia!

See How the Cast of B&B Has Changed Over the Years!