Bill is ready to name his shooter in these spoilers from THE BOLD & THE BEAUTIFUL, so maybe Ridge shouldn’t be acting so smug about the guy getting what’s coming to him! And now that Liam knows the awful truth, he may never forgive his father.

Ever since Bill was gunned down, Ridge had made no secret of the fact that he is thrilled by his rival’s attempted murder. Of course, he’s naturally denied being the one who pulled the trigger himself, but it’s clear that he would love to know who did try to kill Bill so he can shake their hand at the very least! “He pushed someone too far,” Ridge muses. “And now Spencer has to pay the price.” He pauses and smiles slightly as he adds: “Finally.” But Bill will likely want to make someone pay by naming them the guilty party… might he take revenge against Ridge? 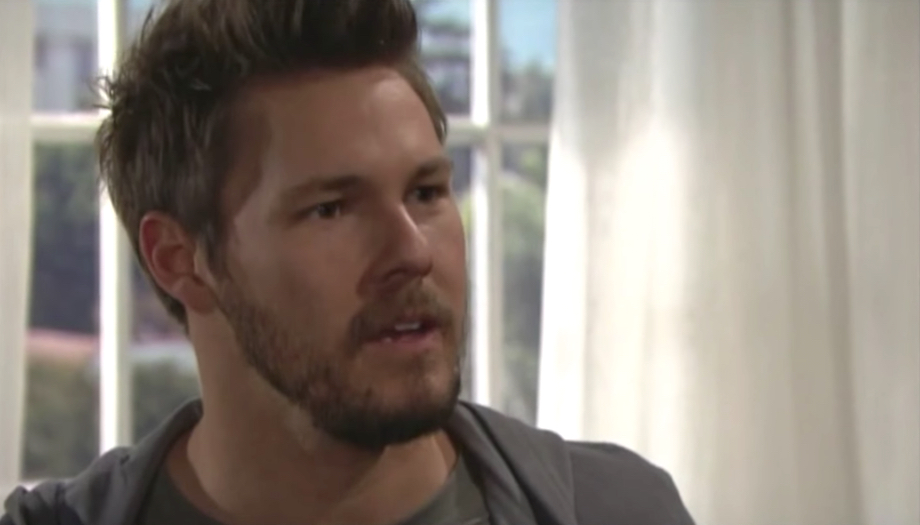 Liam is horrified by his father’s actions. (Photo Credit: CBS)

Liam was stunned when Hope told him that Bill had tried proposing to Steffy shortly before someone tried to kill him, and horrified when Steffy later confirmed the news. But as the pieces fall into place, he comes to a heartbreaking realization about his father. “He said that if I didn’t take you back it would be the greatest regret of my life,” Liam tells Steffy. “I didn’t know it at the time, but that was a threat He was threatening me.”

Who will Bill accuse of shooting him? Don’t miss this tease for today’s revealing episode, and for more B&B previews, keep reading the CBS edition of Soaps In Depth magazine!

Who Shot Bill Spencer on B&B?