Ridge and Quinn have returned from San Francisco, and the shocking truth about what happened between them there could destroy them both in these spoilers from THE BOLD & THE BEAUTIFUL!

Learning that his mother is back from the fashion symposium she attended with Ridge, Wyatt casually remarks, “I’m sure she and Ridge have a lot to fill us in on.” Oh, he has no idea! Steffy and Thomas seem confused by Ridge’s new attitude towards Quinn, the woman he had previously vowed to destroy utterly. “I’m just acknowledging her contributions to the company,” Ridge insists. “Is that okay with everybody?”

But privately, Quinn warns Ridge that they have to come clean about the kiss they shared in that emotional moment. “As soon as you leave the office,” she insists, “you’re gonna go to your father and you’re gonna tell him what happened between you and me in San Francisco.” But is that really the best idea for everyone involved? Of course, secrets have a way of always coming out, and usually at the worst time! 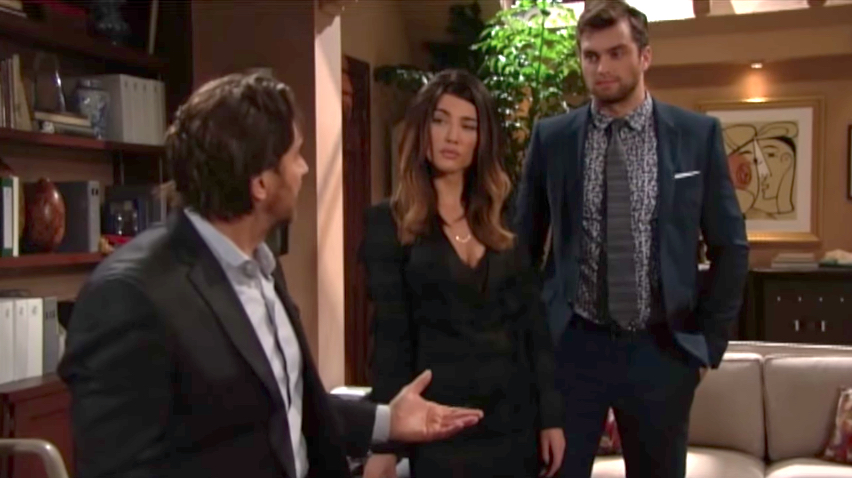 Ridge has a lot of explaining to do! (Photo Credit: CBS)

Still worried about Steffy’s position in the company and the family and how it’s affecting her life, Wyatt confides in Eric. “We have unintentionally put Steffy right back in the middle of everything,” he warns. “And that’s not fair.” But can he convince Eric to change his mind about his plans for his granddaughter?