Sally makes a shocking move in these spoilers from THE BOLD & THE BEAUTIFUL that could change everything! And meanwhile, Wyatt is making a big life change himself, making a formal commitment to Katie! But not everyone will be thrilled by their big news!

Sally wanted Bill to keep his promise to help her rebuild Spectra Fashions, but he reminded her that she was Liam’s pet project, and he’s no longer with the company. After giving himself some time to think — and taking out some aggression of her own at the shooting range — Sally returned to the office to give him another shot. “Get out of my office!” Bill shouts. “I don’t want to see your face in here again!” But when Sally picks up Bill’s golden gun from his desk and pulls the trigger to prove she means business, what will happen next? Was she aiming to hurt him or just scare him? Or is this all just part of Sally’s imagination? 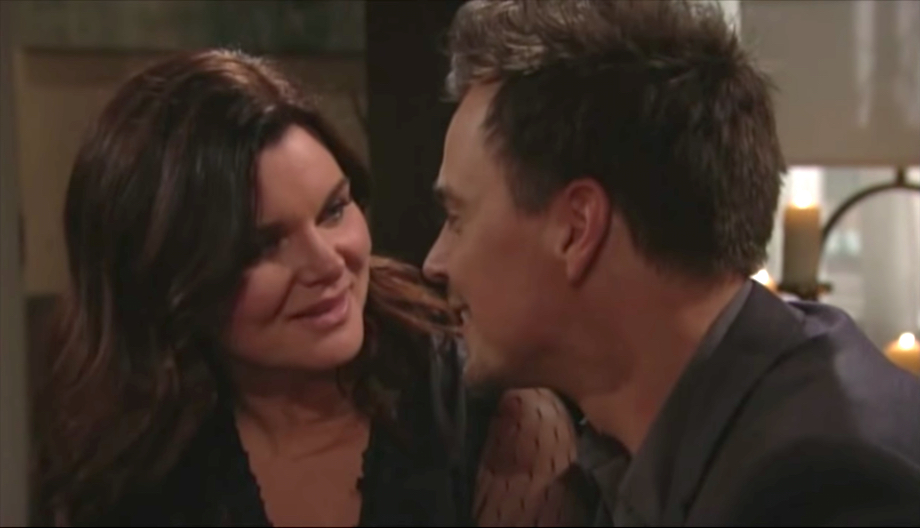 Katie and Wyatt are making it official! (Photo Credit: CBS)

After professing his love to Katie, Wyatt took things a step further and decided to put a ring on it! “Yes, Wyatt Spencer,” she smiles as she cozies up to her new fiancé, “I will be your wife.” But since the reason Wyatt temporarily broke up with Katie was because she had been flirting with and kissing Thorne, the Forrester is probably not going to be very happy to hear about their engagement. Not to mention how Bill is going to react when he learns that his ex-wife is planning to marry his son!

At the Forrester offices, Brooke chats with someone about a particular relationship that’s on better terms these days. “They really seem to be getting along and supporting each other,” she reports. “I just hope that lasts.” But which couple is she gossiping about?

Jennifer Finnigan’s Baby Girl Is too Cute for Words

All the Stars up for Daytime Emmy Awards This Year