Sally decides it’s time to take control in these spoilers from THE BOLD & THE BEAUTIFUL. But at the same time, poor Katie finds herself cast adrift and unable to make sense of the drama going on in her life. Maybe she should take some pointers from the redhead?

Liam had promised to help Sally get her business back on track, but he’s been a bit distracted lately with all the drama surrounding Steffy sleeping with Bill and getting pregnant, not to mention Hope’s return. So the determined young woman decides to take matters into her own hands. “Now that Liam’s… preoccupied,” she smiles, “I thought maybe you and I could talk about how to rebuild Spectra Fashions.” Then her face grows serious as she adds: “You know, like you promised?” But will the person from whom she’s seeking help be willing to give her the aid she’s looking for? 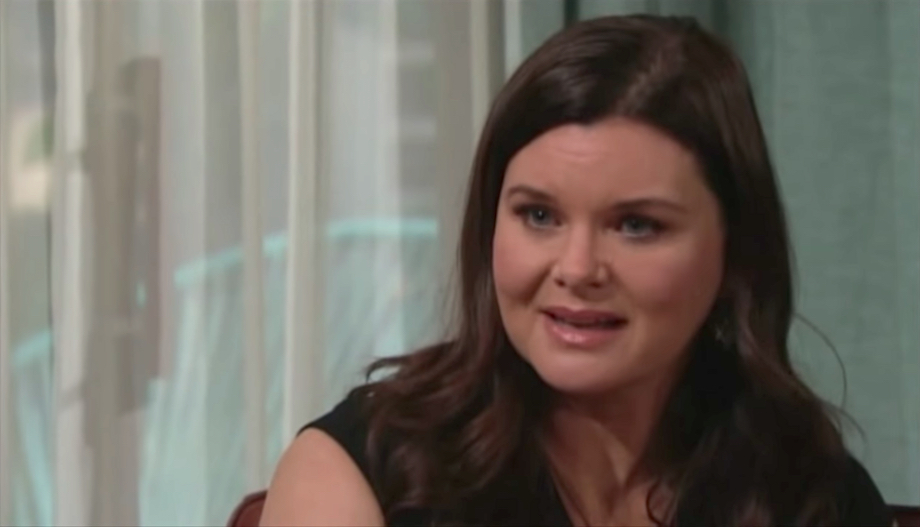 Katie is torn between two men, but only one seems to want her! (Photo Credit: CBS)

Katie was enjoying flirting with Thorne at Brooke and Ridge’s wedding, but her smile quickly faded when she went home where Wyatt unexpectedly dumped her! “I’m just surprised that he broke it off so suddenly,” she confides to her sister. “Right after your wedding.” Does this mean that Katie wishes there was more to her “no-strings-attached” relationship with Wyatt? And if so, why was has she been cozying up to Thorne? She’s going to have to pick one of them… although if she really does want Wyatt, they’re going to have some things to work out!

B&B Alum Jennifer Finnigan Has the Cutest Baby Girl Ever

Everything You Need to Know About Hope’s Romantic History