Sheila’s plan is falling into place in these spoilers from THE BOLD & THE BEAUTIFUL, and she may get everything she’s after. With Eric falling for Sheila’s lies, is there anything Quinn can do to save her husband?

After the doctor warned that Sheila couldn’t be left alone with her concussion, Eric invited her to stay in the mansion with them. Sheila was thrilled by the invitation, but Quinn, much less so. “When she gets better, I’ll send her on her way,” Eric promises his wife. But Quinn isn’t about to let him fall for Sheila’s charms and decides to confront her rival herself. “You think you’re gonna replace me?” she asks Sheila. Having already made herself at home, Sheila simply smiles and responds: “I was Mrs. Eric Forrester long before you.” Quinn has done her fair share of dastardly deeds, but can she really stand up against the infamous Sheila Carter? 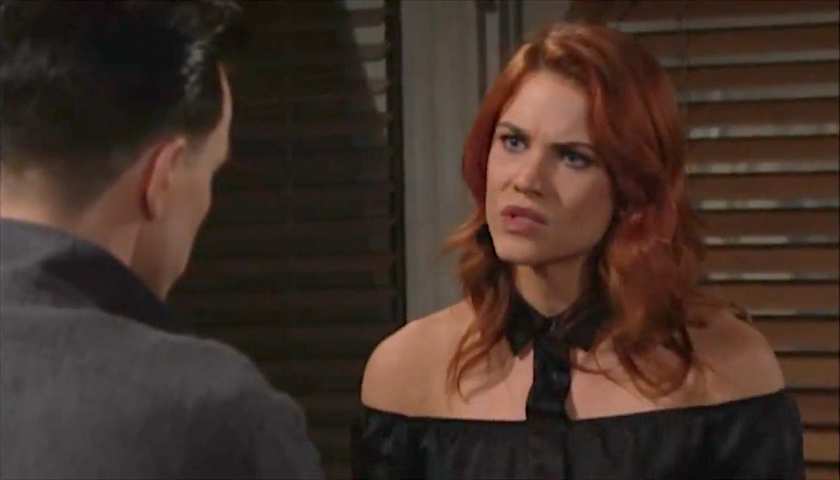 Sally isn’t giving up without a fight! (Photo Credit: CBS)

MUST SEE: HAPPY DAYS Star Donny Most Cast on B&B!

Over at Spectra Fashions, things are looking dire as CJ has announced that they’ll have to vacate the building because he’s selling it after all. Knowing that Bill is behind this because he wants to demolish the building to erect his ridiculous skyscraper, Sally fights back. “This is not the time to jump off the Spectra train,” she insists to CJ. “No! This is the time to just sit back and let it ride out.” Can she convince him to give her struggling company another chance to prove itself, or is it already too late?

Don’t miss this preview for today’s thrilling episode, and for more B&B previews, keep reading the CBS edition of Soaps In Depth magazine!

Everything You Need to Know About B&B’s Maya