The Spectras are preparing for another fashion show in these spoilers from THE BOLD & THE BEAUTIFUL, but things may not go according to plan!

As workers set up chairs around the room, Shirley is already dressed and ready for the big fashion showcase to begin as she surveys the situation to make sure everything is running like clockwork. She also refuses to feel bad about stealing Forrester designs to ensure that their show will be a success. “Honey, we scratch and claw our way to the top,” Shirley growls. “And sometimes, people get hurt along the way.”

And while she was perfectly happy to use an unwitting Coco to spy on the Forresters and steal their designs, Shirley doesn’t appreciate that the young woman is falling for R.J. and reminds her of her roots. “You are a Spectra!” she angrily declares. “And you need to embrace it. And never, ever apologize for it.”

MUST SEE: B&B Actors React to Their Daytime Emmy Nominations! 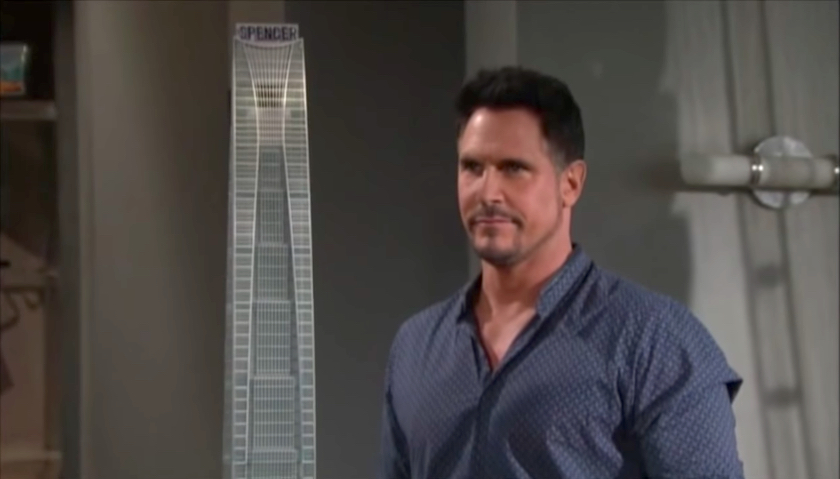 Bill is always the man with a plan! (Photo Credit: CBS)

In his office at Spencer, Bill is feeling overly confident having arranged for another scathing review even before Spectra shows off their latest line. “Sally and her merry band of misfits will fall flat on their faces today,” he announces as he approaches a gleaming model of the building he’s planning to build once they’re ousted. “And that property will be mine.” But does Bill even need to involve himself when as soon as any of the Forresters see Spectra’s designs, they’ll accuse their rivals of theft? Either way, this is one fashion show you won’t want to miss!

See the Changing Cast of B&B Through the Years!