Thomas may have only just come back, but in these spoilers from THE BOLD & THE BEAUTIFUL, it doesn’t look like he’s sticking around. Why the rush? And Liam continues to feel bad for his father, despite all the horrible things Bill has done over the years. How long will this change of heart last?

Thomas has returned to Los Angeles to attempt to right some wrongs. And now, after explaining to Sally how Bill and Caroline manipulated him into leaving her, he not only wants her back, he wants her to leave town with him! “Leave this,” he suggests. “Leave Bill Spencer and the rest of this behind you.” But as much as Sally hates Bill and what he’s done to her, would she really give up on the life she’s building in LA? And why is Thomas in such a rush to get out of Dodge? 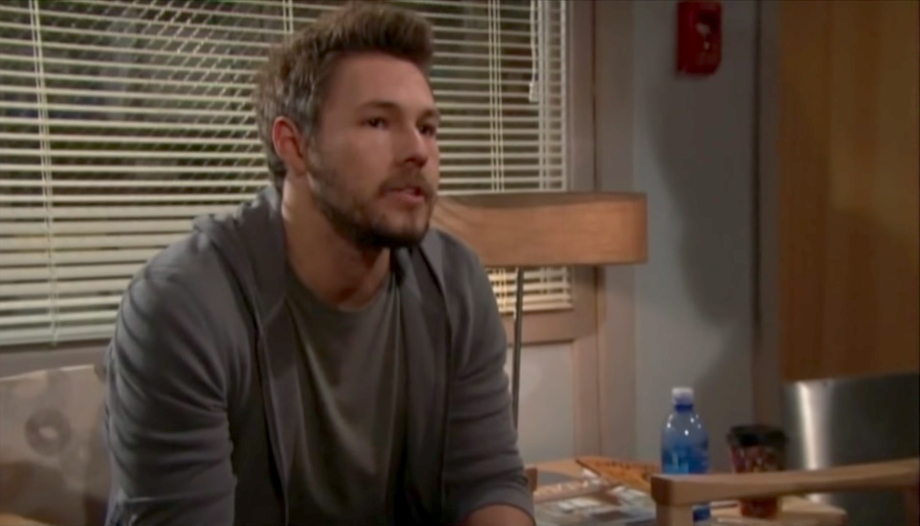 In recent months, Liam and his father have had some knock-down, drag-out fights, and when Bill was shot, Liam should have been one of the prime suspects. But he’s proven a loyal son, sitting vigil by his unconscious father’s bedside at the hospital hoping he’ll wake up soon. “If he’s conscious on some level,” Liam muses, “then the last thing he remembers is probably a bullet tearing through him. And nobody should have to go like that.” If Bill survives this ordeal, might Liam forgive him for sleeping with Steffy?

Who Shot Bill Spencer? — Here Are the Prime Suspects!

Everything You Need to Know About Thomas Forrester