Thorne is determined to make a play for Brooke’s heart in these spoilers from THE BOLD & THE BEAUTIFUL, but he may already be too late! And Liam continues to enjoy return to the Spencer fold, not realizing that everything could be on the verge of blowing up again!

Eric has been trying to keep the peace between his sons, but Thorne won’t let go of his resentment against Ridge. And he declares that he is going to give Brooke the relationship that she has always deserved. “Brooke deserves better,” he insists. “And Ridge is not capable of committing to her.” The only problem is that at that very moment, Ridge has proposed to Brooke again! (Honestly, we’ve lost count of how many that is now…) Will Brooke agree to become Mrs. Ridge Forrester again, or has Thorne’s return given her a new perspective on her romantic future? 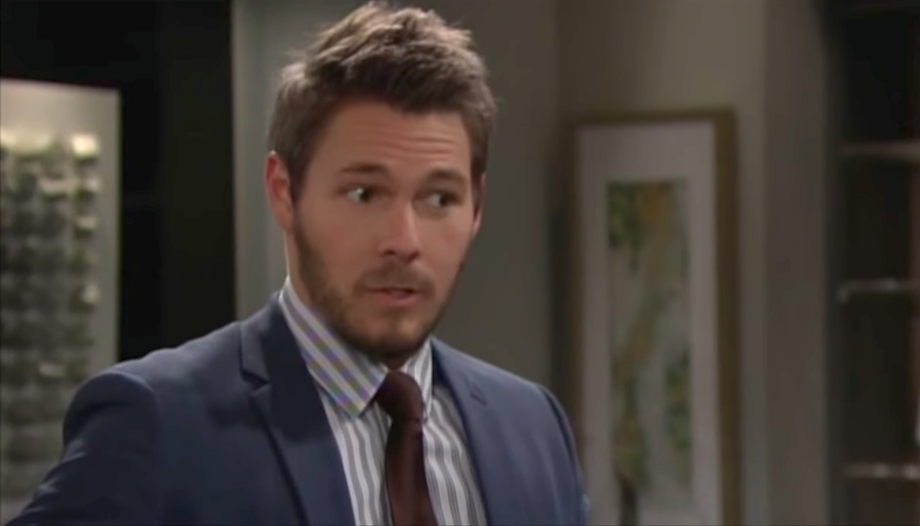 Liam is feeling like a Spencer again… but that may not last long! (Photo Credit: CBS)

At the Spencer offices, Liam sighs: “We have come a long way.” But is he talking to his father, Bill, or his brother, Wyatt? “I really am grateful for your support,” he adds. “And I don’t take that for granted anymore.” But when Liam learns the awful truth that Bill slept with Steffy, that’s going to fracture the Spencer family once more, and Wyatt is going to have to pick a side again. So enjoy this happiness, guys, because it’s not going to last long!

Scott Clifton’s Sneak Peeks at B&B’s New Hope are Cracking Us Up!

Bill Has Been Obsessed with Steffy for a While!