Bill will stop at nothing to make Steffy his bride in these THE BOLD & THE BEAUTIFUL spoilers, but will she actually fall sway to his manipulations? Hope is still waiting in the wings, wondering if she might have another chance at Liam, so she’d better make a decision before it’s too late!

Bill has continued to pursue Steffy even though she’s intending to remarry Liam to make a family for their daughter. And she was absolutely disgusted that he would even threaten to send her mother to prison for shooting him if she didn’t agree to become his bride. But even after Steffy declared she would put a stop to his disgusting manipulations, Dollar Bill still refuses to give up, trying to insist that the connection they share is stronger than anything else she’s ever had. “Didn’t you feel a sense of peace and fulfillment that you have never felt before?” he asks her. “That you have never felt with Liam.” Will Steffy be persuaded by his words or his blackmail? Or might she find the strength to fight back? 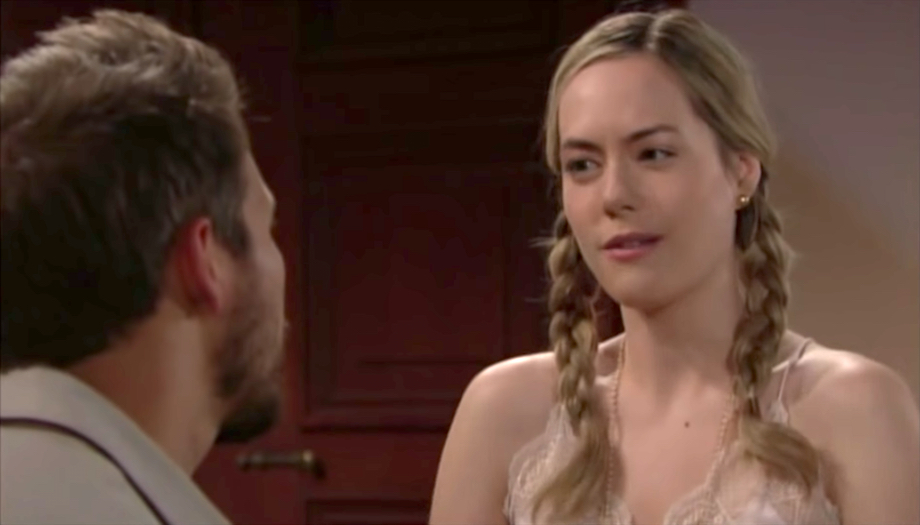 Hope wonders if she still might have a chance with Liam. (Photo Credit: CBS)

But since most people don’t know about Bill’s dogged pursuit of Steffy, it’s coming off a little strange that the brunette is suddenly putting off remarrying the father of her child. “She wanted to be your wife so bad,” Hope tells Liam, “and now all of a sudden she wants to put it off? Why?” Unfortunately, Liam believes this to be a short delay while the dust settles around the drama of their split and their daughter being born. He has no idea about the shocking truth behind Steffy’s decision!

What Happened to Taylor?