Bill continues to make enemies left and right in these spoilers from THE BOLD & THE BEAUTIFUL, and it’s only a matter of time before someone tries to put a stop to his reign of terror… permanently!

Ridge confronted Bill, demanding that he stay away from Steffy, but after things turned physical, Bill emerged on top and told Ridge exactly what the truth of the matter was. “Your daughter wanted me,” he growls.

Meanwhile, Katie continues to worry herself sick over Bill’s threats to take custody of their son away from her. Thankfully she has Wyatt there to talk her down and also vow to protect her and their soon-to-be-family. “He is not gonna take Will,” Wyatt promises through clenched teeth. “He is not taking anything. Do you understand me?” But how far will Wyatt go to make sure Bill doesn’t get away with anything more? 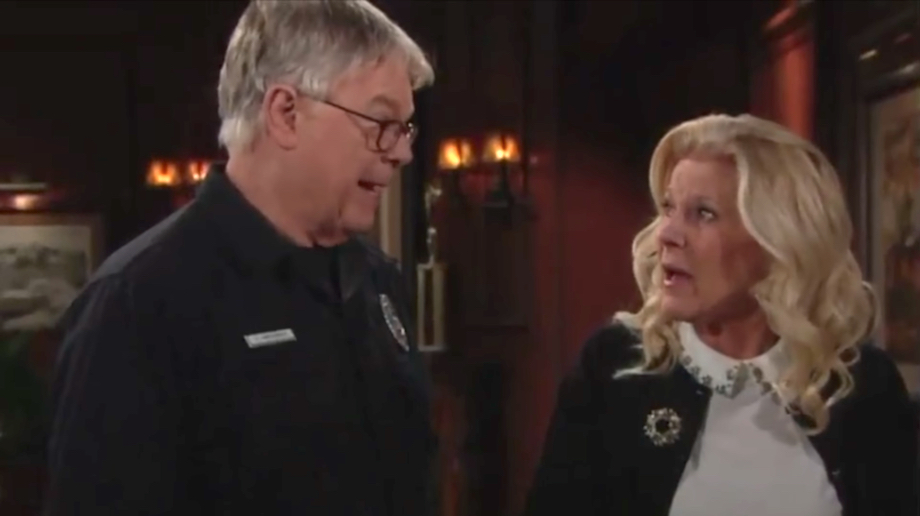 Pam is frantic about Steffy, and while Charlie appreciates that she’s concerned about her well-being, he’s more worried about Pam. “Once you get back on your meds,” Charlie suggests, “I think you’ll start seeing things more clearly.” But can he get Pam medicated again before she does something crazy like tie Bill to a chair in a faraway cabin and dump honey on him so a bear will attack? (Then again, maybe she’ll mix it up a bit and try something else this time!)