Ridge has been arrested, but not everyone is convinced he shot Bill in these spoilers from THE BOLD & THE BEAUTIFUL. As Steffy makes an accusation, Liam goes to Hope for some help.

As the Forrester family rallies to support Ridge’s innocence, Thorne steps forward as a dissenting voice and offers a word of warning. “We won’t be any use to Ridge if we refuse to say why he looks guilty to the police,” Thorne suggests. But will anyone agree with him that honesty is the best policy? Meanwhile, at the hospital, Steffy makes a phone call to someone basically accusing them of trying to kill Bill! “If you wanted your father to be punished,” she declares, “don’t you think a bullet in the back is enough?” But who is she talking to? 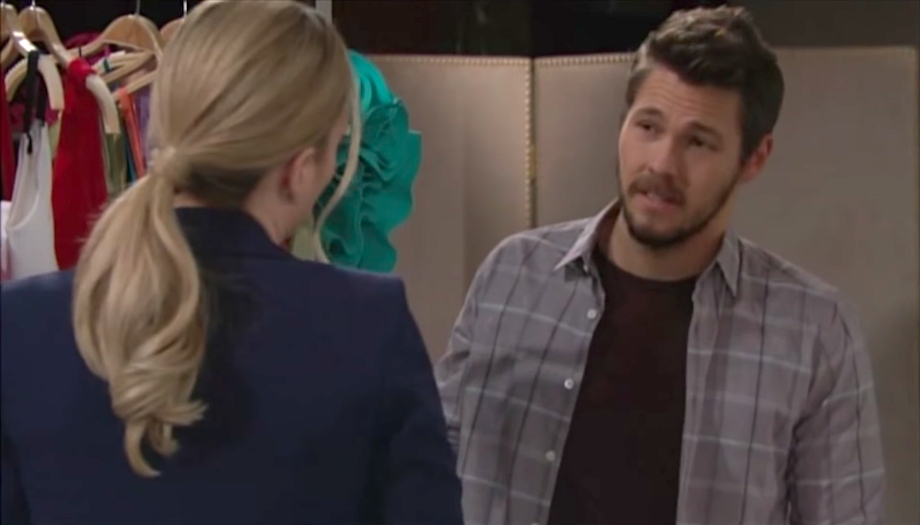 Ever since Hope returned to Los Angeles, she’s insisted that she doesn’t want to split up Liam and Steffy, and actually wants to help them repair their marriage. But her constant support of Liam during his time of need has made her somewhat indispensable to the guy. And once again, Liam is with his blonde ex, this time at Forrester. “I was thinking maybe I could,” he stammers awkwardly, unable to look her in the eyes before finishing, “get advice?” Hope stops fussing with the rack of clothing and looks at him. Is this all part of her master plan to get Liam back?