As part of its ongoing celebration of the 45th anniversary of THE YOUNG & THE RESTLESS, some of the soap’s biggest stars made an appearance on THE TALK! And while viewers of the CBS chat show were able to see what happened in front of the cameras during the show, Bryton James (Devon) took over the series’ Instagram Stories in order to share a peek backstage as the actors prepared to go on! 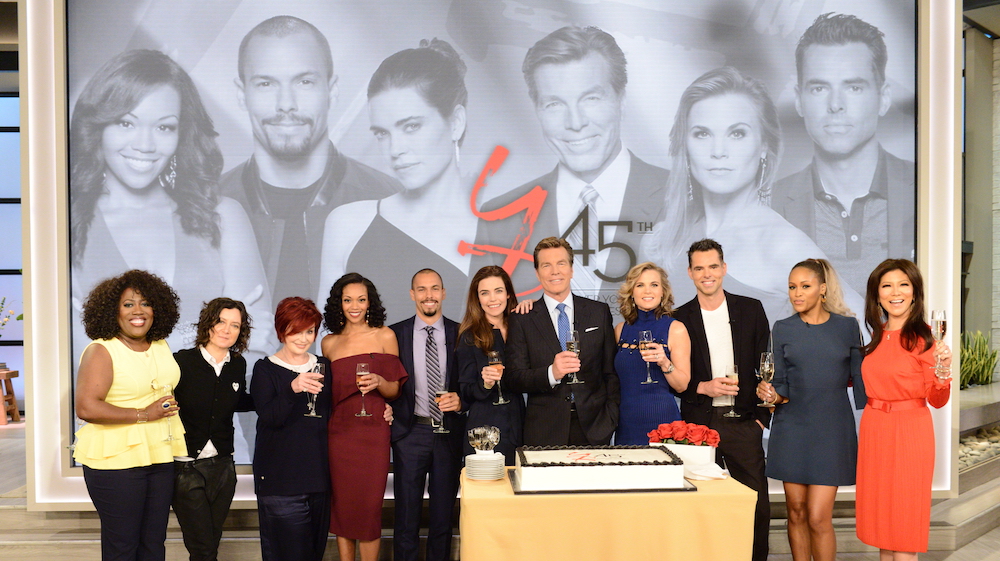 After a little trouble in the beginning where he seems to be covering the microphone, James offers glimpses of Mishael Morgan (Hilary) in her dressing room, Peter Bergman (Jack) and Gina Tognoni (Phyllis) in hair and makeup, and Amelia Heinle (Victoria) outside! Heinle can’t keep a straight face, constantly mugging for James’ camera, and the actresses were all thrilled to toast to Y&R’s anniversary with real champagne! “We don’t get this at Y&R,” Heinle pointed out.

Enjoy the video and be sure not to miss a single episode of Y&R the week of March 26 as the soap commemorates 45 years on CBS Daytime with all kinds of special surprises!

Kristoff St. John Is Back at Y&R!

Tracey E. Bregman Looks Back at Her 35 Years on Y&R