In the Aug. 3 episode of THE YOUNG & THE RESTLESS, viewers were just as stunned as Mariah and Tessa when the two young women shared a close moment that led to an unexpected kiss! While the storyline has proved controversial among fans, the actors were delighted with the positive reaction they saw on social media.

“So many of you are giving me life!” Camryn Grimes (Mariah) tweeted. “Your strength is power, progress, and potential. And I love you.”

Daytime newcomer Cait Fairbanks, who has been playing Tessa since March, retweeted her co-star’s sentiments and added: “Honored by the reaction of today’s episode. Feeling the passion of the fans is very exciting. Thank you.” 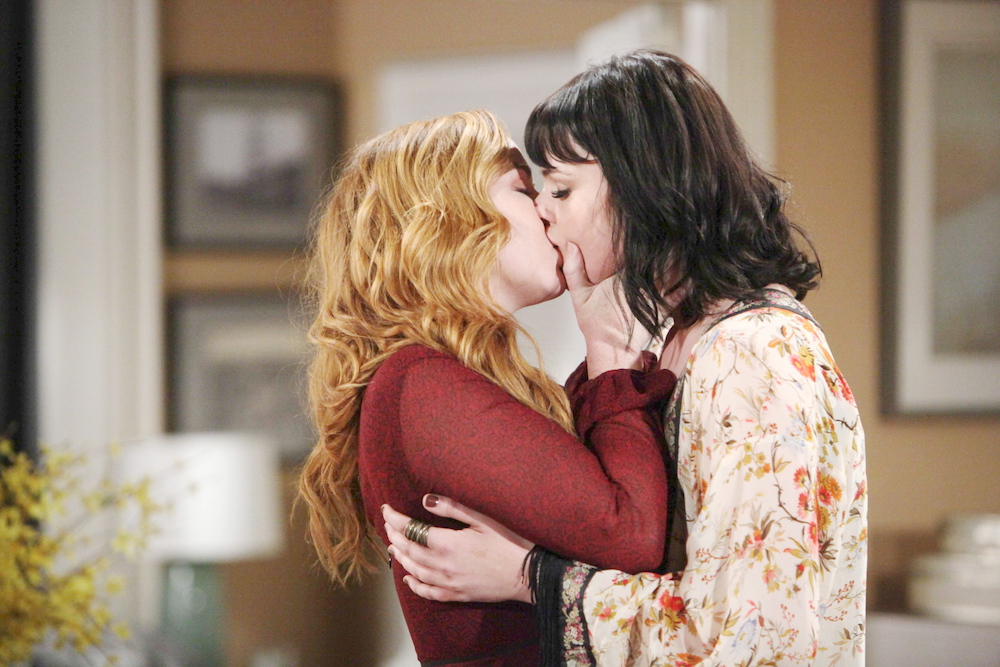 MUST SEE: Get to Know the Actor Who Plays Y&R’s Benjamin Hochman!

Of course, not all of the feedback was positive, but the actors are choosing to focus on the brighter side of things. When one fan tweeted to Grimes that once the writers make her character a lesbian, her time on the soap will come to an end, she quipped: “I managed to last 20 years and one death… I’ll take my chances.”

Grimes originally started on Y&R back in 1997 as Nick and Sharon’s daughter, Cassie, and earned a Daytime Emmy Award for Outstanding Younger Actress at age 10. The character was killed off in 2005, but she made occasional guest appearances as Cassie’s spirit over the years before returning in 2014 as look-alike Mariah Copeland. (Who was eventually revealed to be Cassie’s twin.)

While Mariah has been seeing Devon and Tessa has been getting close to Noah, the two women have discovered they share a powerful connection with each other. How will the storyline play out? You’ll just have to stay tuned to find out!

Y&R Fans Worry that Cane Is Being Written Off the Show!