From the moment that Max Shippee made his debut on THE YOUNG & THE RESTLESS as the mysterious Graham Bloodworth in May of 2017, fans of the soap were immediately suspicious of this guy’s true motives and relationship with Dina Mergeron (played by the returning Marla Adams). When Shippee’s casting was announced, a rep for Y&R confirmed that Max was a trusted associate of Dina’s, but over time his true identity was revealed! 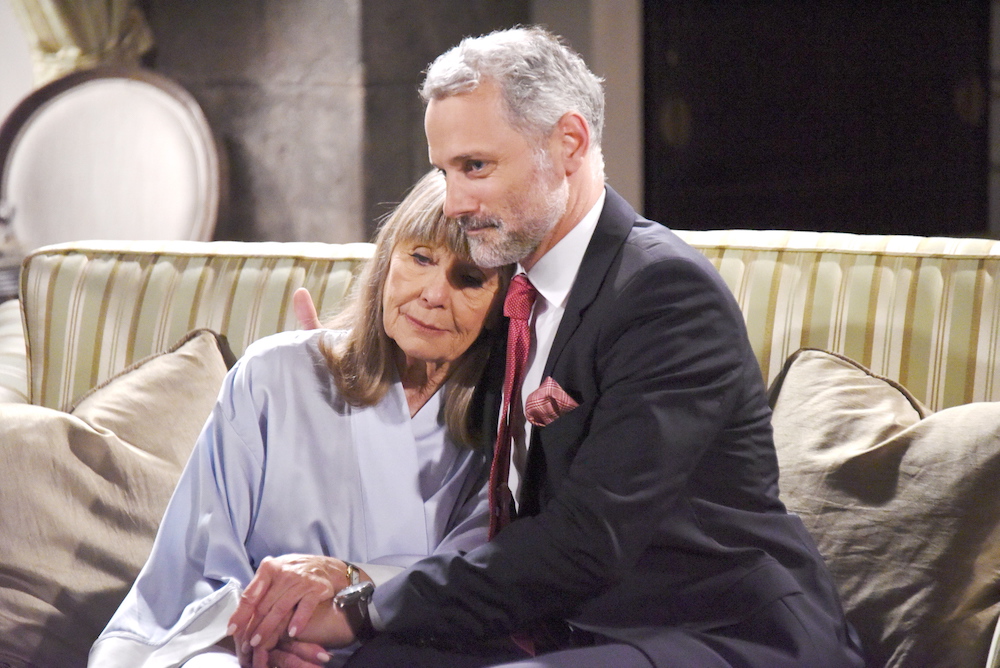 Graham’s relationship with Dina was suspect from the start! (Photo Credit: XJJohnson/jpistudios.com)

Initially introduced as Dina’s companion and business associate, Graham began insinuating himself into every aspect of her life, making her children, Jack and Ashley, very suspicious. Though Graham claimed to be an orphan, Ashley soon discovered that he actually was paying for an expensive nursing home where his mother, Mryna Bloodworth, was currently residing! Ashley shared the information with Dina, who confronted Graham about it, but he claimed that Myrna was really his aunt! Questioning his trustworthiness, Dina regretted her slip when she told Graham that John Abbott isn’t really Ashley’s dad, fearing he might spill her secret.

Interestingly, Ashley also discovered that Myrna Bloodworth is from Genoa City, meaning Graham has a past there as well. But what she didn’t know is that he is secretly working for his mother to take revenge on Dina for something she did to them in the past! The mystery deepened when Traci remembered Graham from school and found his yearbook photo where his last name was Davis! At a party where Ashley was receiving an award, Graham revealed the truth that Brent Davis was his stepfather, which prompted Dina to accidentally blurt out that Brent Davis is also Ashley’s real father, a secret that had been kept from Genoa City for years! 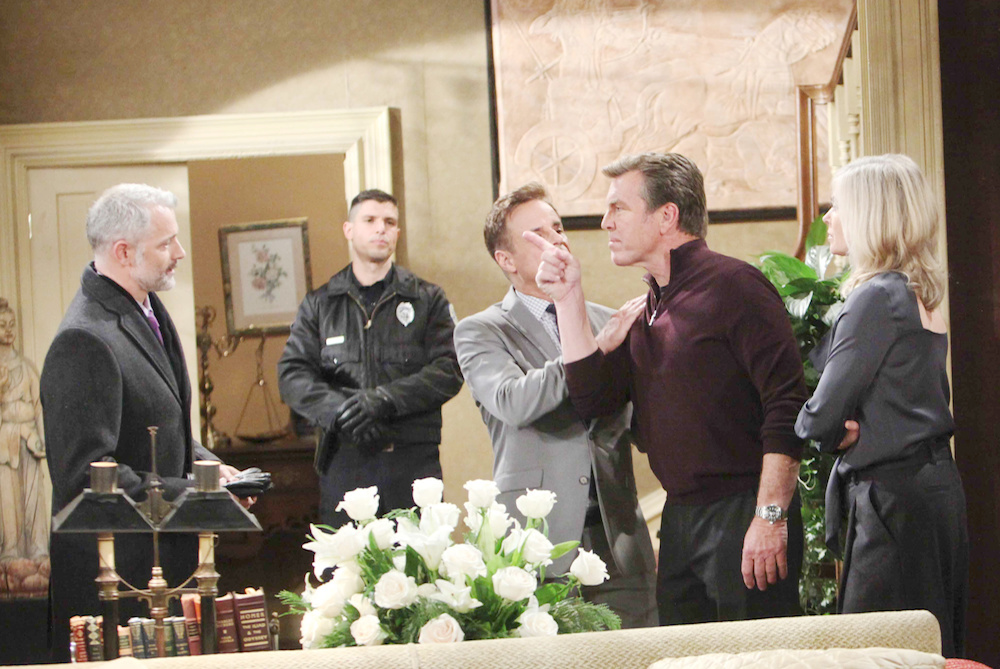 The Abbotts would do anything to keep Graham away from their mother! (Photo Credit: Howard Wise/jpistudios.com)

After Dina suffered a mild stroke, Graham tried to take her away from her family but they tracked the duo down in Florida. The Abbotts rallied around when Dina was diagnosed with Alzheimer’s, but Graham once again attempted to take her by revealing that he held power of attorney because they were married! Graham then stole toxic chemicals from the Jabot lab with the intention of killing Dina and framing Ashley, but Dina stabbed Graham with the needle! When the Abbotts were informed by the doctor that Graham would never recover, Dina gave them permission to turn off his life support.

Although the characters were suspicious of Graham’s motives from the moment he first appeared in Genoa City, the actors welcomed Shippee with open arms on the set. He was thrilled to attend the CBS Daytime Daytime Emmys after party in 2017 and shared a lovely photo of himself with co-star Adams at the bash. “So glad I found Marla at the party this weekend,” he wrote. “She’s welcomed me with such warmth, as has the whole cast, and I am so grateful.”

So glad I found Marla at the party this weekend. She's welcomed me with such warmth, as has the whole cast, & I am so grateful. Catch my debut at Dina Mergeron's side tomorrow on #cbs #yr ! #daytime #debut #genoacity #maxshippee as #grahambloodworth

The daytime newcomer even discovered that he and new castmate Melissa Ordway (Abby) both grew up in Maine (as did fellow Y&R newbie Lexie Stevenson (Mattie)), and the pair shared stories of the small town of Sherman and their memories of it growing up!

Shippee has previously appeared in primetime television series like NIP/TUCK, HOT IN CLEVELAND, ROSEWOOD, and MAJOR CRIMES as well as the films Miss Congeniality 2: Armed and Fabulous and Mr. Blue Sky.

Graham never had much time for romance on Y&R, but in real life, Shippee has been happily married to his wife, Alice, since 2015. The couple has three children, daughters Zoe and Zara, and son Zen. Oh, and his grandmother, Helen, has been a fan of Y&R since it premiered, so naturally she was thrilled when Shippee landed the role of Graham!

Fans were taken with Shippee, nicknaming him “Silver Fox” despite his character’s dastardly deeds. So naturally, they were sad to see his storyline come to an end. Maybe Graham could have a nicer identical twin out there? Fans can only hope! For more on your favorite Y&R stars, keep reading the CBS edition of Soaps In Depth magazine!