Nothing is quite as it seems in these spoilers from THE YOUNG & THE RESTLESS. Jack suspects someone of foul play, Mariah finds herself feeling trapped, and Cane is throwing around accusations he may come to regret!

Phyllis is suspicious of Brash & Sassy’s inflated sales numbers, and when she shares her concerns with Jack, he thinks he knows exactly what’s going on. “Someone is manipulating their sales figures at Jabot’s expense,” he insists. “This has your boyfriend written all over it!” But does Phyllis agree that Billy is behind it? And if so, will she agree to whatever Jack plans to retaliate?

Mariah’s relationship with Devon continues to fizzle, and she’s beginning to suspect it’s a dead end. “What if there’s someone else out there that’s perfect for me?” the redhead wonders. Could she mean Tessa? Or just anyone that’s not Devon? Hilary would certainly be delighted to learn that he was back on the market! 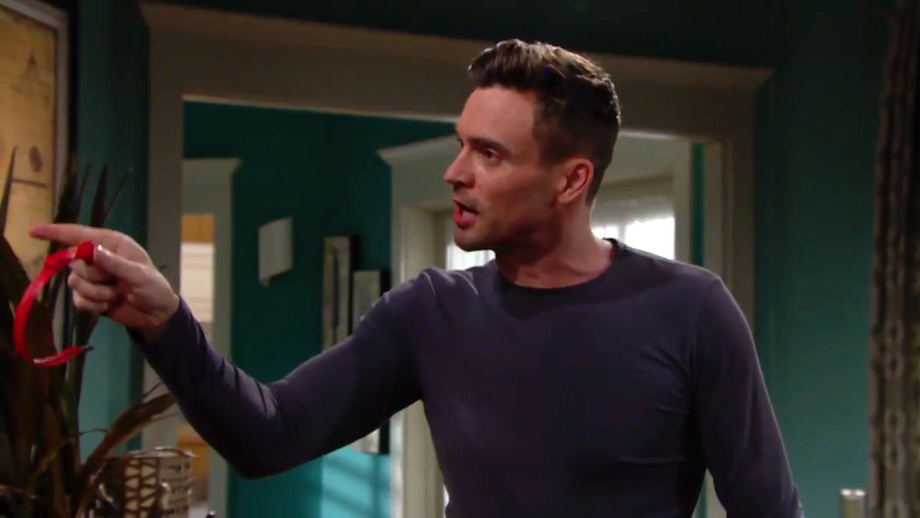 Don’t get on Cane’s bad side! (Photo Credit: CBS)

Lily may have thrown him out of the house, but Cane is still determined to be a part of his kids’ lives. And when he finds Mattie’s headband in Victoria’s house, he immediately accuses Reed of hurting his daughter. “She was a good girl,” he yells, waving the headband around. “But she’s not anymore, thanks to you!” As Reed stands frozen in fear, Victoria arrives home to defend her son. “What the hell are you doing in my house?” she asks Cane. Surely Reed and Mattie’s relationship is innocent and Cane is just jumping to conclusions… Right?

Y&R’s Darnell Kirkwood Is Off the Market, Ladies!