Kelly Sullivan left THE YOUNG & THE RESTLESS in the spring of 2016 when the character of Sage was killed off, but with her current Daytime Emmy Award nomination for Outstanding Supporting Actress, she tells Soaps In Depth “Sage lives on!”

Sullivan got the big news while at the mechanic with her boyfriend and glanced at her phone to find texts from Y&R associate producer Jimmy Freeman and publicist Matt Kane. “I was like, ‘Oh my God!’ and my mechanic said, ‘Are you all right?’”

Having found success starring in the hit TLC series TOO CLOSE TO HOME over the past year, Sullivan is excited to reunite with her Y&R friends. “It’s so great because you work your butt off on the show and you have this one night to have fun and get together,” she enthuses. “So everybody is so supportive.” 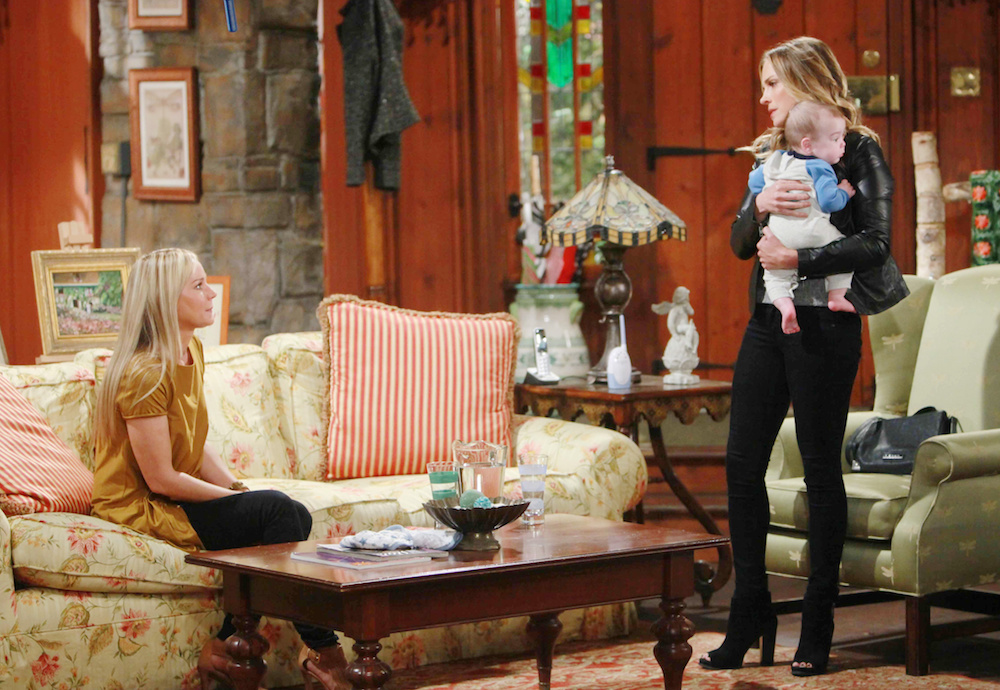 Sullivan confides that she submitted her penultimate episode of Y&R where she realizes Sully is hers and confronts Sharon. “It was written so well,” she says of the scenes she shared with Sharon Case (Sharon), “and I was so terrified to do them because I wanted to do them justice. I remember when it ended, I felt I was on this high where I was like, ‘I don’t know if any of that worked, but it was awesome!’”

On the big night, Sullivan says she’ll also be rooting for Outstanding Supporting Actress competition Stacy Haiduk (ex-Patty) because “she is so fabulous. I’m such a huge fan of hers!” And GENERAL HOSPITAL’s former Kate hopes to see former GH castmate Finola Hughes (Anna) take home a trophy. “I have always thought of her as this goddess/actress that you can’t take your eyes off of when she’s on camera,” Sullivan declares. “I absolutely adore that woman!”

Regardless of who takes home Emmy gold on the big night, Sullivan is just looking forward to the ceremony and the parties. “It’s great to see so many people who are great souls and work very hard to be recognized,” she says. “It’s very cool!”

More on the Daytime Emmys:

Awesome Flashback to the Daytime Emmys in the ‘80s!