Jack and Billy have been at odds for a long time on THE YOUNG & THE RESTLESS, but portrayers Peter Bergman and Jason Thompson are good friends in real life, and happily sat down to do a special Facebook Live video where they answered some questions from die-hard fans of the soap! “From day one, Peter was the most accommodating and gracious work colleagues I’ve ever come across,” Thompson revealed, “so he’s been fantastic.” Bergman returned the sentiment, adding: “I have been shouting his praises for a really long time because he’s not just a good actor, he’s a fine friend.”

Billy’s attempt to rescue the kids from the fire at The Underground put his life in danger but also deepened the bond between the brothers when Jack feared he might lose his sibling. And Thompson admitted he enjoyed shooting the stunt sequences with the fire and smoke. “I love doing that kind of stuff,” he enthused. “Whenever you can get out of the regular sets that we work in on more of a daily basis, it’s always fun to kind of change them up.”

Bergman also enjoyed taping the emotional scenes at the fire, except for one small detail. “The only part I didn’t like was I had to wear that fireman’s hat,” he confided, “and I looked a little silly!” 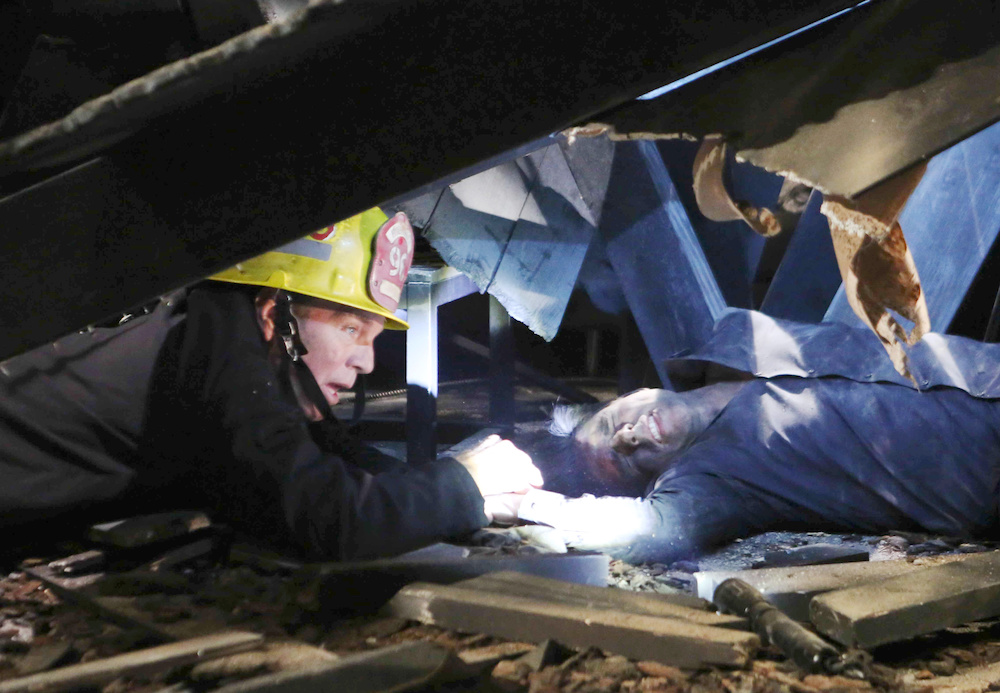 Bergman may have thought he looked silly in the hat, but Thompson declared he looked like a hero! (Photo Credit: Howard Wise/jpitstudios.com)

Both actors revealed that they put a lot of themselves into their characters so that some Y&R storylines can really hit home for them on an emotional level. “I lost my mother quite a long time ago,” Bergman explained. “And I’m playing this story right now with Dina and her loss and a last chance to spend time with her to get all of the time I have left with her. I’ve been there before and it’s pretty powerful to go through it again.”

Bergman also teased that fans may have more family drama to deal with very soon. “I heard that we might be dealing with another Abbott soon,” he winked. “What do I know?” Thompson laughed and added: “More than me, apparently!”

While Thompson confessed that he’s glad he’s not a writer on the show because it would be too much work for him, Bergman knows the storyline he’d pen for his Genoa City alter ego if given the chance! “I would write that Jack puts Victor through a wall,” he declared. “And then seals the wall. I have looked forward for 28 years to Jack really, really winning one battle. One battle.”

Will Jack ever get one up on Victor? And what is this other Abbott Bergman spoke of? You’ll have to stay tuned to find out! And for more on your favorite Y&R actors, keep reading the ABC edition of Soaps In Depth magazine!

Billy Has Always Been a Survivor on Y&R