Either Billy or Kevin’s life is about to change forever in these spoilers from THE YOUNG & THE RESTLESS!

Over at the police station, Michael is waiting with an anxious Kevin and Billy as they wait to learn if either of them are the father of Chloe’s daughter, Bella. Paul enters holding up two sealed envelopes. “The results,” he announces to the prospective fathers. When Kevin starts to ask if he’s looked at them, Paul promises: “No. I have no idea who the father is.” Billy and Kevin both take their respective envelopes and lock eyes. This is the moment of truth. Who will be revealed as Bella’s daddy? 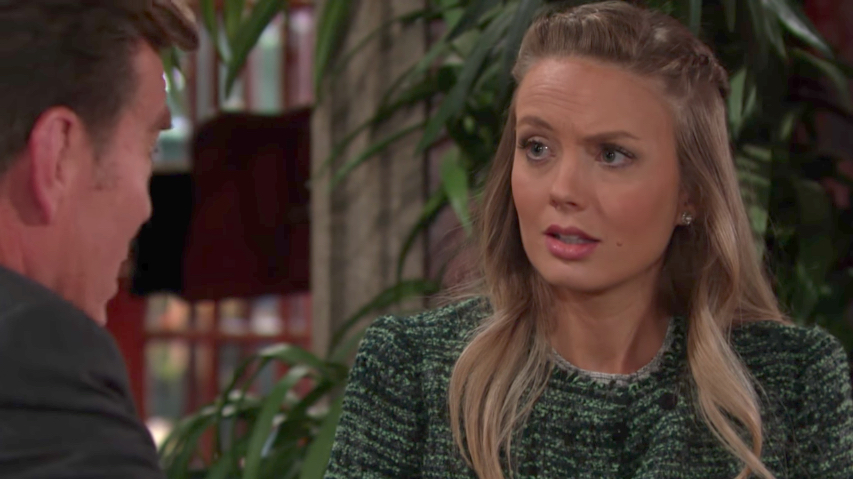 Abby may be in over her head! (Photo Credit: CBS)

MUST SEE: Y&R Recasts Lily and Cane’s Twins With Teens!

Jack was interested in buying the warehouse off of Abby, and she was eager to unload it, but their deal may have hit a slight snag! “I’m not signing anything,” Jack warns, “until you tell me what’s really going on.” Is Abby desperate enough to sell the building that she’ll actually come clean with her uncle?

Lauren checks in to see how Scott’s doing, and he turns in his chair to face her with a sly smile. “I’ve just been feeling kind of lonely,” he declares. “I was hoping you would set me up with one of your girlfriends.” Lauren looks a little taken aback. Her plan to set him up with Phyllis didn’t work out, but will he tell his mom to back off because he’s interested in Sharon?

Don’t miss this tease for today’s life-changing episode, and for more Y&R previews, keep reading the CBS edition of Soaps In Depth magazine!

Y&R Alum Justin Hartley Has a New Job as an Exotic Dancer!