It’s Valentine’s Day, but judging from these spoilers from THE YOUNG & THE RESTLESS, not everyone will be in a romantic mood! Nick doesn’t know if he can trust Chelsea anymore, and J.T. and Victoria are still clashing. But Lily and Cane are ready to make things official again, and it looks like Billy wants to do the same with Phyllis!

All the recent mystery and drama surrounding Chelsea has Nick second guessing everything, including his feelings for her! “I have nothing but questions,” he confides to Phyllis over coffee. “Is she a criminal? Does she love me? Is she playing me?” But at many Genoa City couples come together for a gala Valentine’s Day party, it looks like the romance might be over for these two. “Maybe we need to go our separate ways,” Chelsea suggests to a stunned Nick. Is this the end? 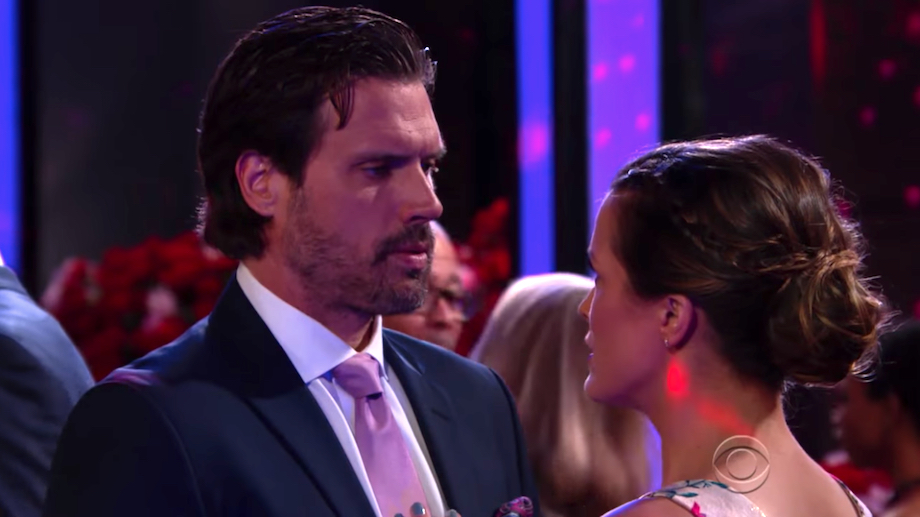 Nick wonders if he made a terrible mistake letting Chelsea into his heart! (Photo Credit: CBS)

Lily and Cane are finally back on track following his indiscretion with Juliet. Lily has made an effort to get to know the son he had with her and has allowed Cane back into her heart. And now, on Valentine’s Day, the couple prepare to renew their vows and their commitment to each other. “You look stunning,” Cane gasps as Lily enters their living room in a beautiful white dress and holding a red rose.

Things aren’t going as well for J.T. and Victoria’s reunion, though, as he continues to feel like she’s treating him second best. “Maybe you want him here instead!” J.T. shouts at her. Is he jealous of her connection to Billy? That may no longer be an issue when Feb. 14 rolls around, however, as Hilary approaches Phyllis at the party to warn: “I think that he is about to propose.” Phyllis braces herself as Billy pulls a tiny box out of his pocket and prepares to pop it open in front of her. Someone is going to put a ring on it, but will it be Billy and Phyllis? Or someone else?

Don’t miss this tease for the romantic week to come, and for more Y&R previews, keep reading the CBS edition of Soaps In Depth magazine!