The war is on in these spoilers for the upcoming week of THE YOUNG & THE RESTLESS! Jack is out for revenge, Lily finds herself caught between two men, and Tessa could be in grave danger!

Jack is bound and determined to remove Brash & Sassy from the playing field. “I’m going to find a way to take my competition out of the business,” he declares, angrily. But Billy isn’t about to take this laying down. “Jack has punished me enough,” he informs Phyllis. “It’s my turn to punish him.” And while in Dina’s room, he has a private moment to use his cell phone to snap a photo of the computer password before she comes out of the bathroom to join him. 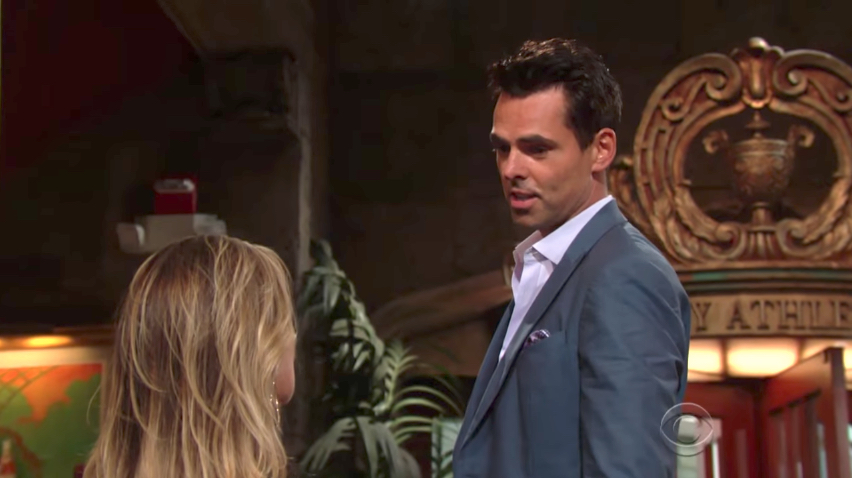 Billy is ready to fight back! (Photo Credit: CBS)

MUST SEE: Melissa Ordway Is Expecting a Baby Girl!

Sharon continues to involve herself in the mystery surrounding Crystal and snaps some cell phone shots of one of the goons getting into a car with a young woman. And at the motel where Sharon tried to rescue Crystal, Tessa enters a room with that very same goon, only she’s all alone! Is this a sting, so there’s backup to help her, or has Tessa put her own life in danger to try and save her sister’s?

Lily is still reeling from the kiss she shared with Jordan. She’s still married to Cane, but is that just a technicality at this point? Jordan returns to Hilary, who seduces him with some sexy lingerie and champagne, but would he rather be with Lily? And where does Lily’s heart lie? As she walks into the Genoa City Athletic Club, she certainly looks perturbed to see Cane embracing Juliet. But could that send her running back into Jordan’s arms?

Chrishell Stause Is Getting Ready to Marry Justin Hartley!

Daniel Goddard Back at Y&R After a Serious Illness