There are plenty of warnings going around Genoa City in these spoilers from THE YOUNG & THE RESTLESS, but will anyone listen? Nick fears Noah is making a terrible mistake, and Cane is on the warpath, causing nothing but trouble for those around him!

After finding out that Mattie skipped school to spend time with Reed, Cane flew into a rage and Victoria had to throw him out of her house because he was attacking her son. So now Cane heads over to the house he used to share with Lily to let his estranged wife in on the details of what their daughter has been up to. But is Reed really the problem here, or is it the fact that he’s Victoria’s son? “I don’t care who his mother is,” Cane argues. “I care that he’s trying to pressure our daughter. And you should care about that, too!” Can Lily calm him down or will she agree with him?

Meanwhile, Victoria apologizes to Reed for Cane’s outrageous behavior, knowing full well that his anger is really directed at her for firing him after Juliet sued him for sexual harassment. “Cane is going to make it impossible for you two to ever see each other again,” Victoria warns her son. Is there anything she can do to protect her family? 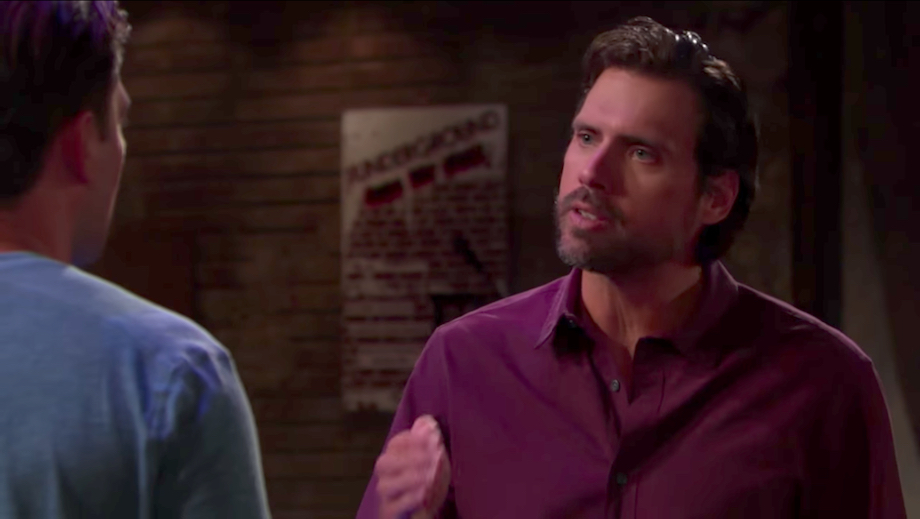 Nick and Noah proceed with their expansion plans for The Underground, but they’re encountering some difficulty. However, Nick refuses to let his father help them out. “This is Victor Newman,” he warns Noah. “He doesn’t play by the book.” But Noah is frustrated and thinks his dad is just being stubborn. “The book is not working for us right now, okay?” he reminds. But can they really trust Victor, considering how he’s treated Nick of late?

Greg Rikaart Returning to Y&R — Find Out When!

Y&R’s Darnell Kirkwood Had the Most Beautiful Wedding