The Newman family is still coming apart at the seams in these spoilers from THE YOUNG & THE RESTLESS. And it doesn’t look like any of them are trying to help put things back together!

Chelsea sits down with Victoria for a drink and a chat where she confesses that she’s worried, and when Victoria asks what she’s so worried about, Chelsea replies: “Nick.” With all the drama going on between Nick and Victor, plus Nick’s attempts to expand his business with Noah, is there anything Chelsea can do to help remedy the situation? And what will Victoria advise her to do?

Meanwhile, Nick is at the pool bar with his mother and asks her, “So what’s your first step as an independent woman?” However, Nick’s smile fades when Nikki responds: “I’m going to spend the day with Jack at the Abbott cabin.” He was thrilled when Nikki freed herself from Victor, but how will Nick feel about his mom taking up with her ex?

MUST SEE: Fans Are Worried Daniel Goddard Is Leaving Y&R 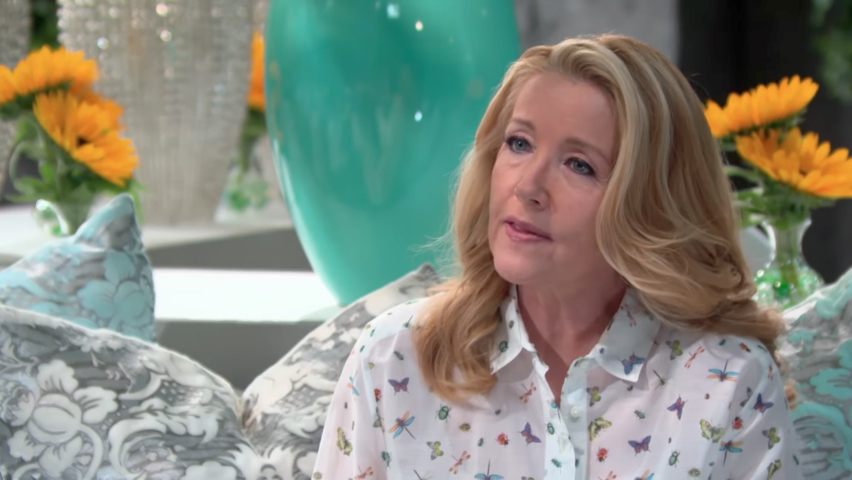 Nikki is moving on from Victor and not looking back! (Photo Credit: CBS)

At the Newman offices, Abby and Victor catch up, and she doesn’t understand why he’s not more upset about the footage of his fight with Nick. “Hilary broadcast it on her show,” Abby reminds him. But Victor smiles and reveals: “With my blessing.” Abby is stunned by this news and can’t fathom why her father would do such a thing. Is there any way Nick and Victor’s relationship can be repaired?