Chelsea’s past is catching up to her in these spoilers from THE YOUNG & THE RESTLESS, and it looks like she has nowhere left to run! Will Nick catch on to what his girlfriend has been up to or will Phyllis expose her lies?

Chelsea may have toned things down in recent years, but when she first arrived in Genoa City, she was quite the scheming con artist. And although she seemed to have changed her ways, she may not have changed quite that much! Phyllis seems to be on to Chelsea’s latest scheme, and visits her apartment to try and find out exactly what’s going on. “Did you come to accuse me of stealing from my own company?” Chelsea asks, outraged, as Nick walks down the stairs to overhear.

And as Phyllis pieces the clues together, Chelsea worries this could cost her Nick. “How long before she poisons him against me?” she wonders. Because that’s exactly what Phyllis is trying to do! With Hilary standing beside her, Phyllis approaches Nick’s table at the GCAC and sighs: “Don’t say I didn’t warn you.” 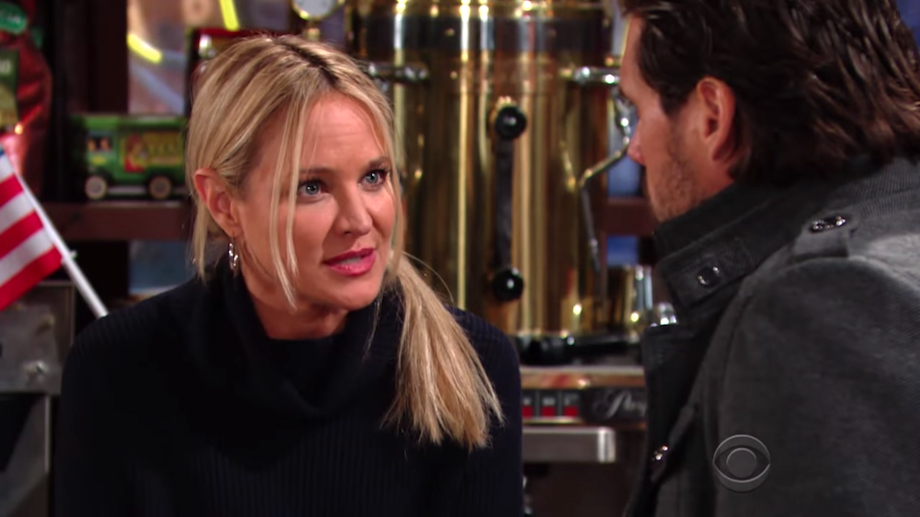 Seeking advice about his girlfriend, Nick turns to his ex-wife! (Photo Credit: CBS)

Worried about the stash of money he found hidden in their apartment, Nick wonders what else Chelsea might be hiding from him. “Figure out if she’s been lying to me,” he confides to Sharon. She leans in and offers her ex-husband some advice: “Trust your instincts.”

Chelsea freaks when she gets a mysterious text from a person who seems to be aware of exactly who Christian’s real father is. “Someone knows the truth about Christian’s paternity,” she reveals. But who could it be? Could it be the same person who follows her to the mausoleum? Chelsea heads there to try and retrieve the money she stashed behind Adam’s plaque, but first, she is startled to find it missing, and then she is horrified to find she’s not alone!

Don’t miss this tease for the thrilling week to come, and for more Y&R spoilers, keep reading the CBS edition of Soaps In Depth magazine!