Chloe may be gone, but she’s definitely not forgotten in these spoilers from THE YOUNG & THE RESTLESS!

After Chloe was exposed for kidnapping Adam and causing the explosion that killed him, she went on the run (with Victor’s secret help), abandoning her daughter, Bella. But the determination of who should be caring for the little girl in Chloe’s absence is about to get a whole lot more complicated! Billy’s life turns upside down when he receives a letter from Chloe that reads, “When you turned me down, I stole a sample of yours from the hospital. Bella might be your daughter.”

But even as Billy reels from the news that Chloe stole his sperm, Kevin gets a similar letter informing him Bella may be the result of their night together! But is Chloe trying to make things right, or is this just part of her master plan? Just what is the truth?

MUST SEE: Everything You Need to Know About Y&R’s Bella! 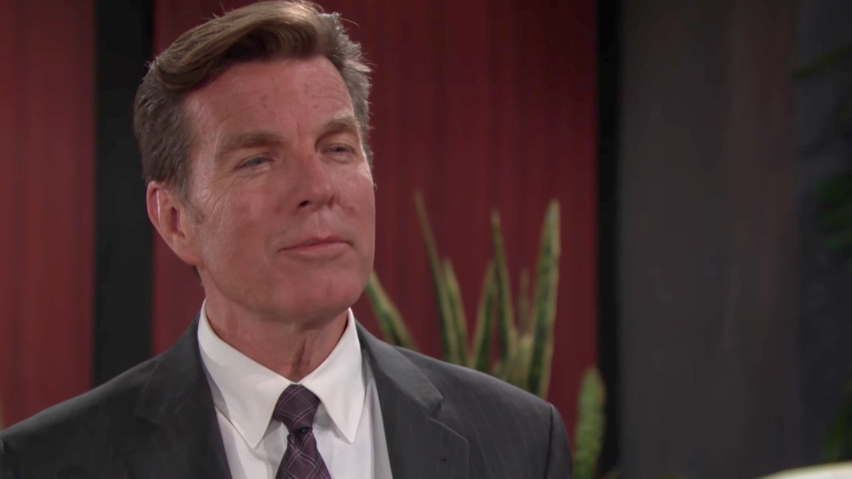 Jack is feeling very pleased with himself. (Photo Credit: CBS)

Over at the Abbott offices, Ashley returns from her trip to New York City with Ravi and visits Jack’s office to catch up on current events. “What exactly have you accomplished since I’ve been away?” she asks her brother. Jack’s been a very busy boy in Ashley’s absence, and he smiles as he proudly declares, “I’ve learned some intriguing information.” But is Ashley really interested in joining Jack as he plots to take his revenge on Victor?