The shocking revelations just keep coming in these spoilers from THE YOUNG & THE RESTLESS!

With the horrible truth that she was behind the explosion that killed Adam finally revealed, Chloe skipped out on her wedding to Kevin and fled to an airport where she met up with Victor. Having tracked Chloe’s car to the airstrip, Nick slips inside the building, desperate to find out what Chloe has planned next. As he quietly creeps down a hallway, Nick stops outside of a window where although the blinds are drawn, he can hear Chloe’s voice coming from inside the room. “It’s Chelsea,” Chloe gasps desperately. “She found the evidence I framed Adam. That evidence implicates you, too.” When Nick hears his father respond to Chloe, it’s going to turn his entire world upside down!

MUST SEE: David Faustino Returns and Alec Mapa Joins the Cast of Y&R! 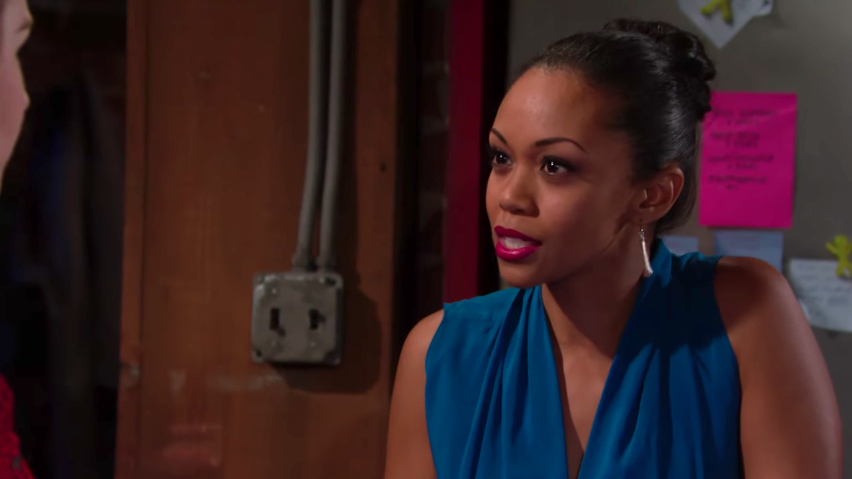 Hilary is still in charge at GC Buzz, and won’t let anyone forget it! (Photo Credit: CBS)

MUST SEE: Everything You Need to Know About Y&R’s Father Todd and the Actor Who Plays Him!

Meanwhile, over at the GC Buzz studio, Mariah and Devon continue to struggle with whether or not to report on all the drama that exploded at Chloe’s wedding. Unfortunately, the choice may be taken out of their hands when Hilary gets a whiff of the juicy story floating around. “You’re hiding something from me,” she accuses Hilary before turning to Devon to add, “And you’re helping her.” Can Mariah and Devon keep Hilary from splashing Chloe’s story all over the internet?