Kevin and Chloe’s wedding is fast approaching, but things are already starting to go awry in these spoilers from THE YOUNG & THE RESTLESS!

Sponsored
How To Entirely Empty Your Bowels Every Morning—Top Surgeon Explains How
Now, after years of research, Dr. Gundry has decided to release an informative video to the public — free and uninterrupted — showcasing exactly which foods you need to avoid.
LEARN MORE

Chelsea has gone out of her way to make sure that Chloe’s wedding is extra special, and plans a bachelorette party to send her best friend off in style! “You are no longer our designated driver,” Chelsea informs a surprised Esther. “And the second we exit that door, the party begins!” But no matter what Chelsea has planned for her last night as a single lady, with Nick desperately trying to pin Adam’s murder on Chloe, will the bride-to-be ever make it down the aisle with Kevin?

MUST SEE: Did Chloe Kill Adam on Y&R? — Here’s Everything We Know! 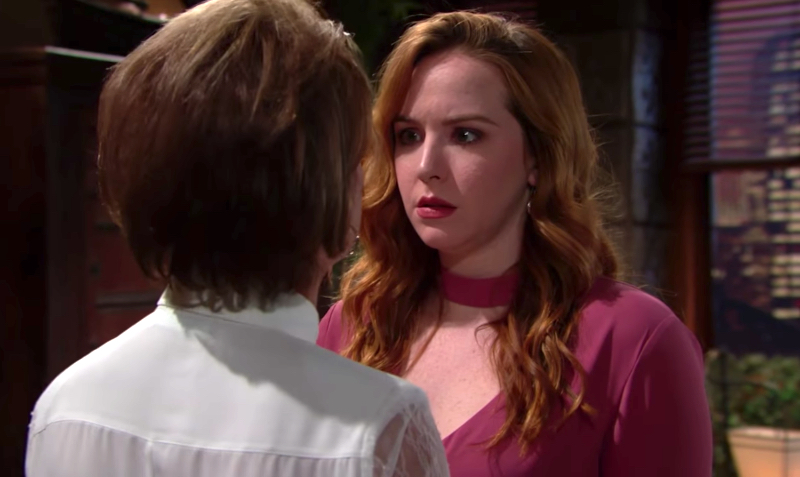 Meanwhile, Gloria is also determined to make sure that Kevin and Chloe do not tie the knot, but for her own selfish reasons. Cornering Mariah, Gloria unbuttons some more buttons on her blouse and warns the young woman, “This is going to be something a little less subtle. I need you to seduce my son tonight.” How will Mariah talk her way out of this one?

And Paul lets Michael know that Nick came to him trying to reopen the case surrounding the explosion that took Adam’s life. “Why Nick suddenly suspects that Adam’s death wasn’t an accident,” Paul muses to the attorney. Could Michael have any information that might help in the investigation?