Chloe’s wedding day could become her own funeral in these spoilers from THE YOUNG & THE RESTLESS!

Sponsored
How To Entirely Empty Your Bowels Every Morning—Top Surgeon Explains How
Now, after years of research, Dr. Gundry has decided to release an informative video to the public — free and uninterrupted — showcasing exactly which foods you need to avoid.
LEARN MORE

Nick is eager to get Chloe to confess to trapping Adam in the cabin and setting off the explosion that killed him, but he’s not on his own. “Chloe may think she’s gotten away with it,” Sharon reminds Nick. “But she will slip up and it will all come crashing in on her.” With Chloe obsessed with walking down the aisle as quickly as possible with Kevin, will she even realize that Nick is hot on her trail? He’s already tried confronting her with the tranquilizer gun and wrench she attempted to dispose of, but can he find the piece of evidence that will break Chloe and force her to confess to what she did? 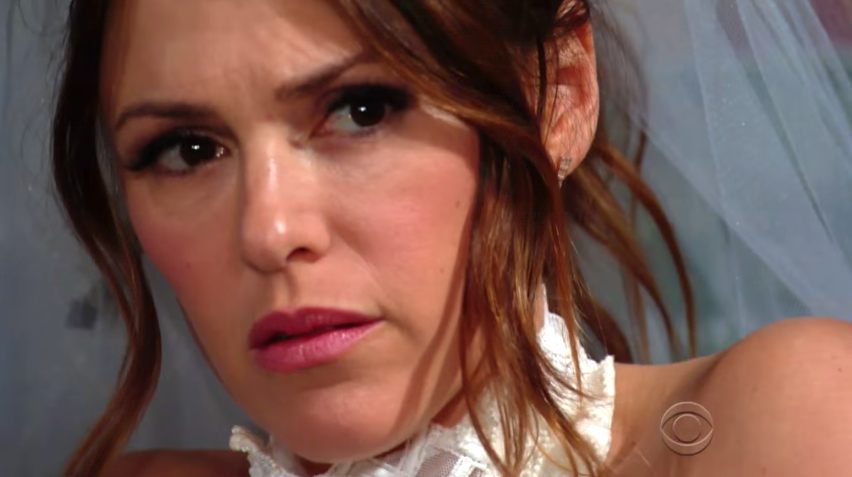 The walls are closing in on Chloe! (Photo Credit: CBS)

Meanwhile, Chelsea has been defending her friend, annoyed that Nick could even suspect Chloe of such an awful crime in the first place. But as Nick continues his investigation and Chloe’s wedding day approaches, things begin to change dramatically! As Chloe dons her wedding dress and prepares for her big day, Chelsea can no longer contain herself and confronts her pal! “Tell me the truth!” she screams in Chloe’s face moments before wrapping her hands around her throat and shoving her towards the window!

As Chloe’s house of cards comes tumbling down around her, just how desperate will she get to keep her secrets? Will Chloe take them to the grave? Or will Nick and Chelsea finally discover the truth about what really happened to Adam that fateful night? Could the Newman heir still be alive?

Do not miss this tease for the shocking moments to come, and for more Y&R previews, keep reading the CBS edition of Soaps In Depth magazine!