Things are starting to fall apart in these spoilers from THE YOUNG & THE RESTLESS and hearts are going to be broken. Dina warns Billy about Phyllis’ imminent betrayal, but it’s Victor’s machinations that look like they’re about to blow up in his face!

Nikki stops by Sharon’s place and complains that “it never ends.” When Sharon asks if Victor is what’s causing all the stress, Nikki replies: “Who else?” But over at the ranch, Victor’s attempts to manipulate Faith as part of his scheme to hurt Nick seem to be backfiring as the girl reveals that she is wise to what he’s been doing to her father, and she’s definitely not happy about it! “You lied to me, grandpa,” Faith sobs. “How could you be so mean to him? You said you’d never lie to me!” Will Victor try to charm his way out of this or might he face up to his actions for a change? If anyone could persuade The Mustache to do the right thing, it’s Faith! 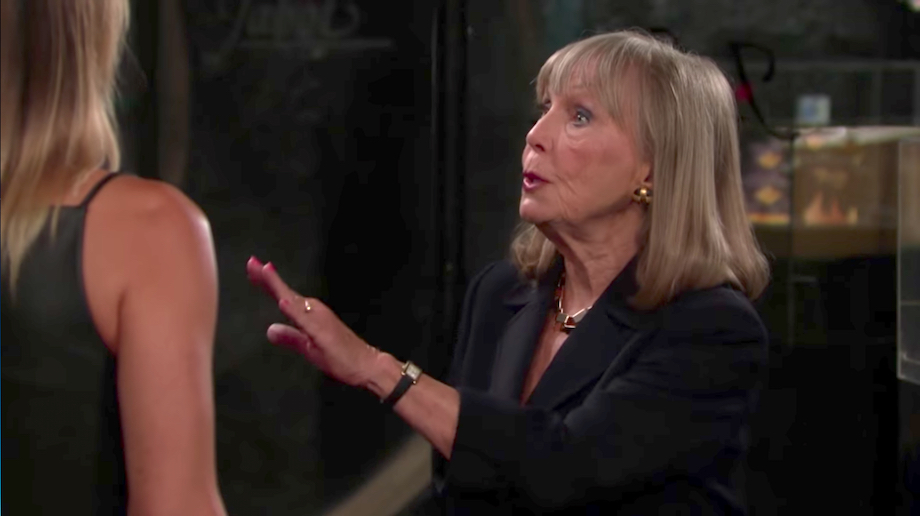 At the Jabot offices, Dina runs into Billy and Phyllis and starts voicing her opinion on their relationship. “Pump the brakes for just a moment,” Phyllis interrupts. But Dina will not be stopped and turns to Billy. “Listen, she will betray you,” Dina warns. “Just like she betrayed your brother.” Phyllis frowns, but will she snipe back or try to rise above it? (Dina’s probably not wrong, though, by the way…)

Check out this tease for today’s emotional episode and for more Y&R previews, keep reading the CBS edition of Soaps In Depth magazine!

Greg Rikaart Returns to Y&R Sept. 20… But Not for Long!

The Photo That Had Some Fans Believing Camryn Grimes Is Pregnant