Lily has given up on her marriage, but Cane hasn’t, and in these spoilers from THE YOUNG & THE RESTLESS, he ponders making a move that could change everything about his future. Plus, Kevin gets nervous when Devon asks him about Mariah!

Hilary is actively trying to help Cane and Lily repair their marriage, no doubt because she wants to keep Jordan for herself and he’s already been getting a little too close to Lily. But when Hilary suggests to Cane that the real problem in his marriage is Juliet being pregnant with his baby, he’s not sure what she’s getting at. “I can’t just make the baby disappear,” he reminds. But Hilary smiles and responds: “Yeah, you’re right…but you can make Juliet disappear.”

Meanwhile, Lily calls Michael over to her house because she’s in desperate need of an attorney. “I made a decision,” she informs him. “I… want to file for a divorce.” Michael looks sick to his stomach at the sad news. Is there anything he can say to convince her she’s making a mistake? 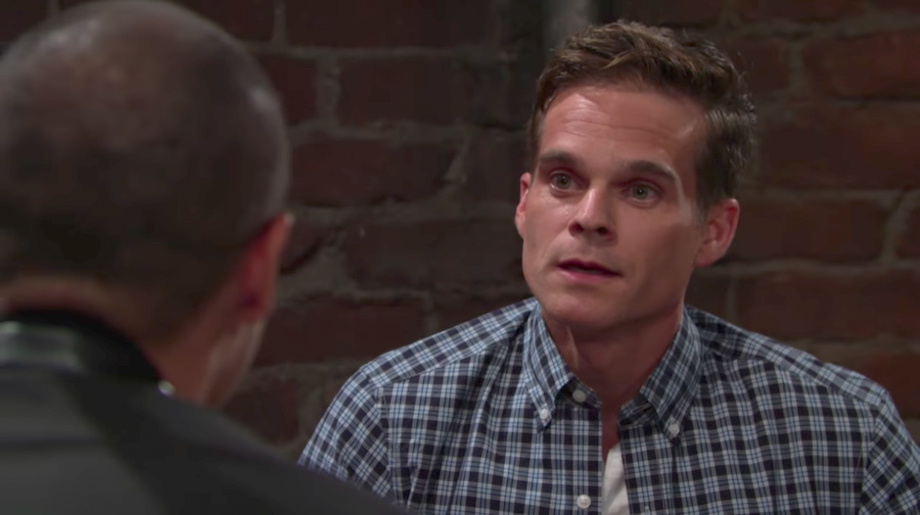 Kevin is caught in an awkward situation! (Photo Credit: CBS)

Meanwhile, Kevin and Devon catch up, but things get uncomfortable when he mentions Mariah’s name. “Why do I get the feeling that you don’t think Mariah and I are okay?” Devon asks, curious. Kevin just sits there frozen like a deer in headlights as he attempts to come up with an appropriate response. He can’t tell Devon about Mariah’s confession that she has feelings for Tessa because he would never break her confidence. But can he find a way to get Devon to face the truth without revealing the truth?

Check out this tease for today’s emotional episode and for more Y&R previews, keep reading the CBS edition of Soaps In Depth magazine!