Shock follows shock in these spoilers for THE YOUNG & THE RESTLESS! The corporate intrigue continues to pit Ashley against Victoria, but J.T. has his own agenda. And while Cane and Lily are doing well, Nick and Sharon embark on a questionable new relationship and Hilary has a shocking proposition for Devon!

Victoria has been loving having J.T. back in her life, but what she doesn’t know is that he is secretly working with Paul against the Newmans. “Prepare to be impressed,” J.T. says to a smiling Victoria. When she learns the truth, will her heart shatter, or will she immediately decide to take revenge for his betrayal?

With Victoria trying to push her out of Newman, Ashley continues to stand her ground, warning Victor: “I’m not worried about what you will uncover. But you should be.” Victor just smiles his smug little smile and looks confident that he is untouchable. Is he, really? “Your days here are numbered,” Victoria warns Ashley, who retorts: “I wouldn’t count on it.” Who will come out on top in this battle? 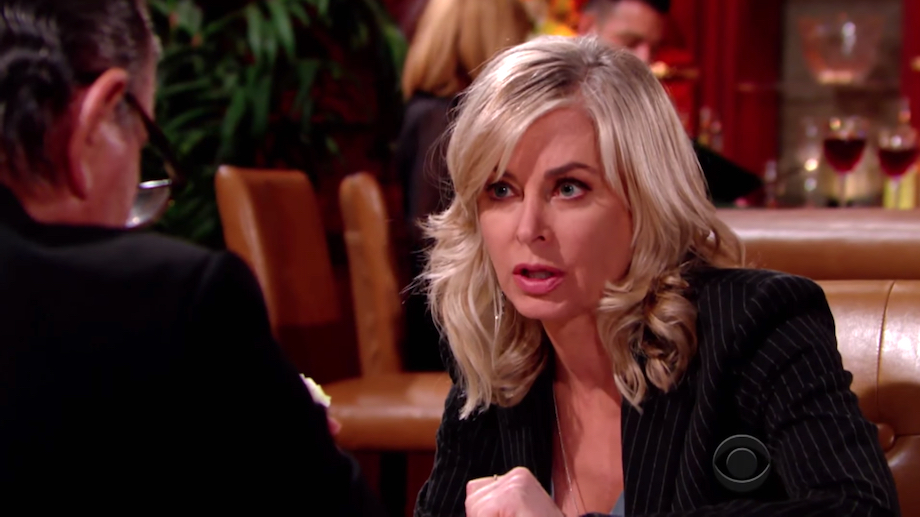 Hilary has been trying to have a baby but was unimpressed with the sperm donors so now she’s decided to look closer to home. “I want you to be the father of my child,” she informs Devon. She’d love nothing more than to get back together, but he’s been keeping her at arm’s length, not wanting to get hurt again. Would he really agree to be her babydaddy?

Now that they’re reunited, Lily and Cane seem pretty happy. “You just gave me an amazing idea!” she smiles at her husband. Could this be a new adventure for the pair? And now that Nick and Christian have moved into Sharon’s home, things are about to get very complicated! “I definitely wasn’t expecting that,” Nick remarks with a grin. Just what is Sharon planning? Is she trying to make a new family unit with Christian and Nick?

Check out this tease for the exciting week to come, and for more Y&R previews, keep reading the CBS edition of Soaps In Depth magazine!

Should Nick and Sharon Reunite?

What Happened to Chelsea on Y&R