Hilary is about to kick Victoria when she’s down in these spoilers from THE YOUNG & THE RESTLESS. But on the plus side, Jack is losing an ally in his quest to destroy his rival!

Having recorded Victoria’s meltdown with Ben, Hilary races back to the GC Buzz studio with her scoop to rush it on the air. “We are preempting our features to bring you late-breaking, exclusive news,” she says on camera. At the GCAC, Ben and Cane are discussing Victoria when they look up to watch the news report on the TV over the bar. How will Hochman feel about having his private life splashed all over the air?

Meanwhile, over at the Brash & Sassy offices, Billy and Victoria are formulating a plan to save the company when she gets a text. “It’s Cane,” she reveals, looking at her phone. “He says we should turn on The Hilary Hour. ‘You can’t miss this.’” Forget Ben’s reaction to the news report — Victoria’s is going to be epic!

MUST SEE: Melissa Ordway Reveals the Gender of Her New Baby! 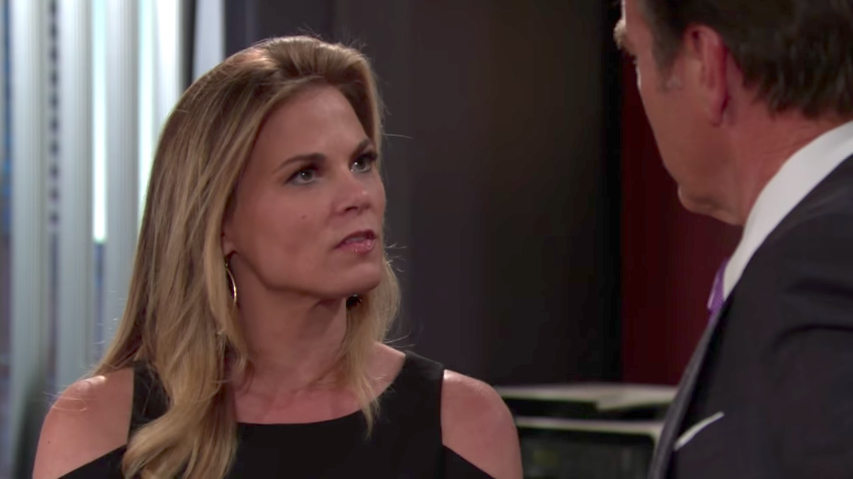 MUST SEE: Chrishelle Stause Is Getting Ready to Marry Justin Hartley!

Phyllis was reluctant to go along with Jack’s plan to destroy Brash & Sassy in the first place, so when she discovers just how far he’s willing to go to hurt both Victoria and Billy, she calls him out. “You and Cane are dying to bring Billy down,” she seethes. “Consider me off the team.” But will Jack let her get out of it that easily?

Daniel Goddard Back at Work After a Serious Illness