The tension is building in these spoilers from THE YOUNG & THE RESTLESS, so brace yourself for the explosions! Jack and Ashley worry about Graham, Billy and Victoria continue to be drawn closer together, and Tessa puts herself in harm’s way to try and rescue her sister.

Jack and Ashley were happy to let their mother get involved with the family business, but they’re not nearly as enthusiastic that Dina is also bringing the mysterious Graham into the fold. “He has access to her computer and her password,” Jack warns Ashley. “We have to handle this. Right now!” Just who is Graham, really, and is he a danger to Dina and the rest of the Abbott family?

Billy may insist that he’s over Victoria and committed to his relationship with Phyllis, but Brash & Sassy business continues to draw him and his ex-wife together on a regular basis. “This body spray’s a babe magnet,” he remarks of their new product as he spritzes some into the air between them. Standing close to Billy, Victoria teases, “Depends on who you spray it on.” Does she want him back? 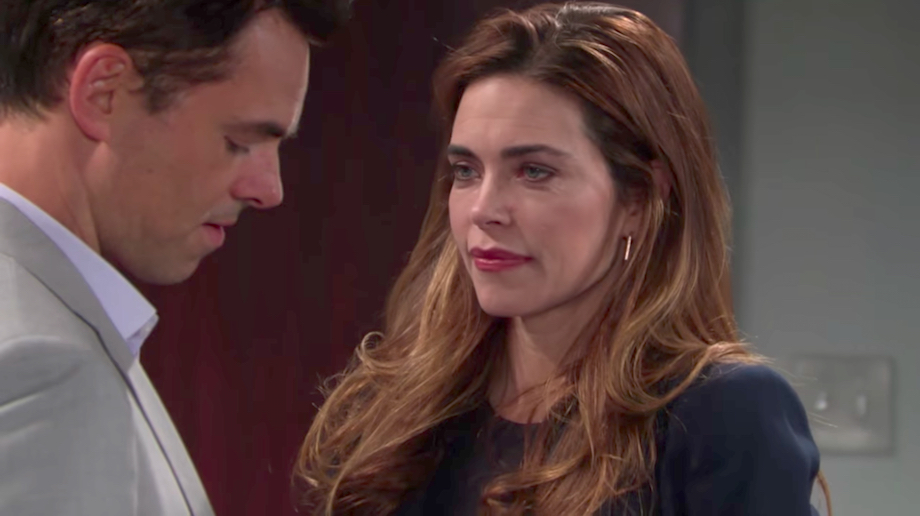 Determined to help Tessa rescue her sister, Mariah drove her to where Alice was staying. Since Mariah looks like Alice’s dead adopted daughter, Tessa is the one who rings the bell in the hopes of learning some more information about what’s going on behind those doors. “I’m gonna be late and get fired,” Tessa tells Alice, who stands blocking the doorway. “Can I use your phone? Mine died.” Inside the house, Crystal is still terrified but allows herself a glimmer of hope when she hears her sister’s voice. Will Tessa and Mariah succeed where Sharon and the cops have failed?

The Photo That Had Some Y&R Fans Believing Camryn Grimes Is Pregnant!