Everyone seems to be plotting against Victoria in these spoilers from THE YOUNG & THE RESTLESS and she may not be able to find a way out! On the other hand, things are looking up for Ashley, who may be enjoying a new romance!

Working under Jack’s orders, Ben is attempting to seduce Victoria into signing a deal that will hurt her in the end. And Cane is eager to take revenge on Victoria for firing him by helping out “The Hoch.” “I think we’ll make a great team,” Cane smiles, extending his hand. Shaking on the deal, Benjamin responds: “I think we just might.” And over at the Brash & Sassy offices, a smug Jack arrives with a nasty surprise. Billy snatches the envelope out of Jack’s hand and takes a look at the papers inside, grumbling: “Unbelievable.” He hands them to Victoria, who glances at them and then back to Jack. “You bastard!” she hisses.

MUST SEE: Who Plays Benjamin Hochman on Y&R? 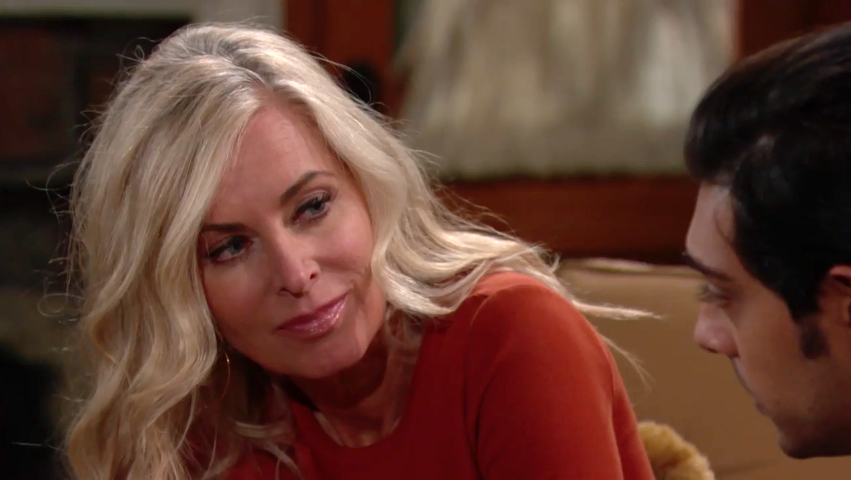 MUST SEE: Chrishell Stause Had the Wildest Bachelorette Party!

Ashley and Ravi finally gave in to their feelings for each other, and after spending the night together, Ravi assures her, “I have no regrets about what happened.” But then his face falls and he asks if she thinks it was a mistake. Ashley smiles back at him. It certainly took these two long enough to get to this point, but were they really ready to take this relationship to the next level? Does Ashley think they’d be better off as friends?

Hang Out With Melissa Claire Egan and Some Adorable Puppers!

Mellisa Ordway Uses a Cute Photo of Her First Child to Reveal the Gender of Her Second One!