The corporate intrigue is heating up in these spoilers from THE YOUNG & THE RESTLESS! Ashley confronts Graham, Ravi makes a shocking discovery, and Victor causes trouble for Nikki and Jack!

At the office, Jack is immediately curious when he receives an unexpected notification on his computer. “Why would Victor be E-mailing me?” he wonders as he reaches out to read the message. Panicked, Nikki reaches towards him insisting: “Wait, before you open that, I…” Unfortunately, she’s too late and Jack is stunned by what he sees on his screen. “Oh my God, is someone stalking us?” he asks, horrified. How far will Victor go to make sure Nikki never finds happiness with another man? And will they learn who’s actually been taking the photos? 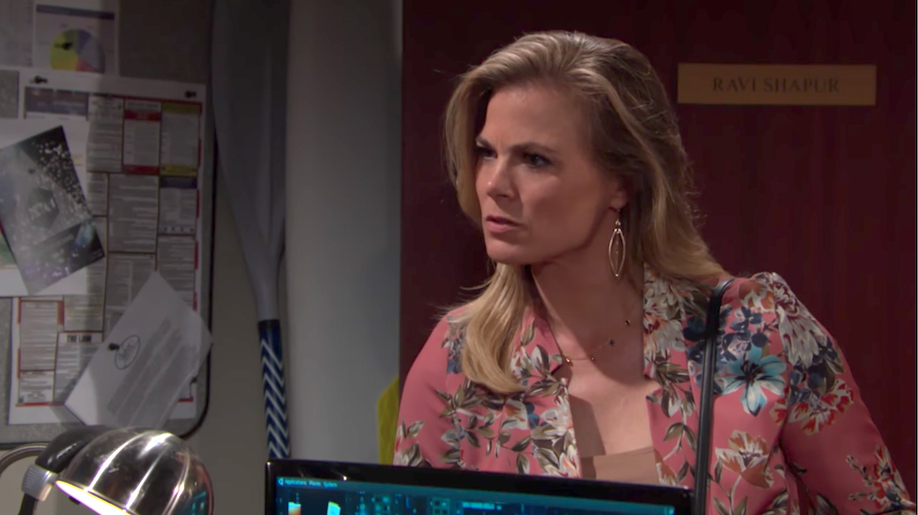 Phyllis is in for quite a shock when she learns the truth! (Photo Credit: CBS)

Ashley is convinced that Graham is behind all their recent troubles and warns him his time is almost up. “I know what you did,” she declares, “and you’re not going to get away with it.” But what, exactly, is Graham up to? Phyllis is confused when she sees Lauren in Ravi’s office as he frantically pounds away on his computer. “What’s going on?” she asks, stepping inside to join them. When he doesn’t immediately explain, she wonders: “What? What’s the issue?” Has Ravi uncovered proof that someone has been stealing confidential files from the Jabot server? And how will Phyllis react when she learns that it’s Billy?

Don’t miss this preview for today’s exciting episode, and for more Y&R previews, keep reading the CBS edition of Soaps In Depth Magazine!

Everything You Need to Know About Dina’s Scandalous History