Things in Genoa City are about to explode in these spoilers from THE YOUNG & THE RESTLESS!

Billy and Phyllis were all ready to make their relationship public, but when it came to telling Victoria and Jack about their new status, the pair froze, fearing that the news would shatter their lives. So when Jack asks, “He’s the new guy in your life?” with Ashley standing by his side, Phyllis admits: “I didn’t want to tell you until Billy had a chance to tell Victoria.” Jack and Ashley are stunned by the news, but what will happen next?

MUST SEE: Ryan Ashton Joins the Cast of Y&R as Zack! 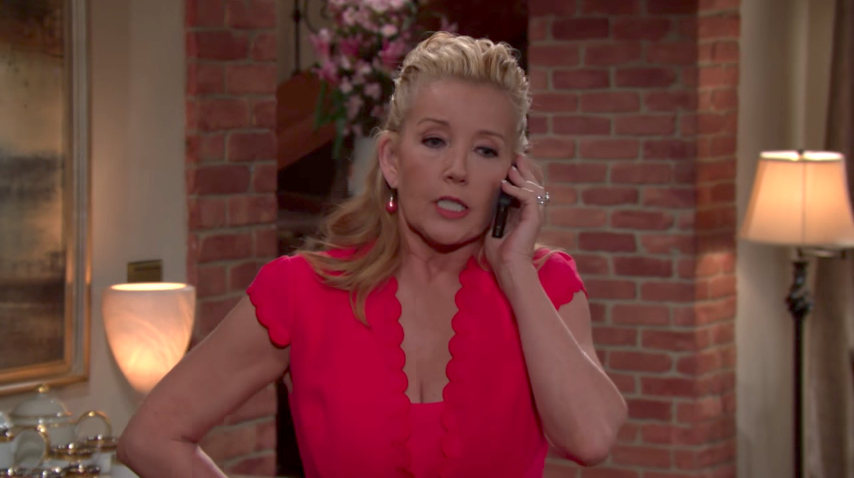 MUST SEE: Corbin Bernsen Is Bringing Father Todd Back to Genoa City Again!

Nikki calls Victoria to vent about Victor’s latest move. “Your father has just done something…” she complains. “I am livid!” Victoria just rolls her eyes and shakes her head on the other end of the line. What as The Mustache done now? And will his continued pressure just make Nikki angrier, or inspire her to forgive her husband?

At Brash & Sassy, Juliet assures Cane she has things well under control. “I know you have a lot to do for Victoria, so don’t let us keep you,” she urges. “Your wife is in good hands.” But does Cane trust Juliet enough to leave her alone with Lily? Will Juliet really keep quiet about their liaison in Tokyo?

Don’t miss this tease from today’s emotional episode, and for more Y&R previews, keep reading the CBS edition of Soaps In Depth magazine!

What Happened to Y&R’s Summer?