Lily and Cane’s marriage is still on the rocks, and in these spoilers from THE YOUNG & THE RESTLESS, it doesn’t look like things are going to get any better anytime soon. And things could get even worse when Hilary discovers new information she may be able to use against them!

Cane would love to go home to Lily, and as frustrated as he’s been that she continues to keep him at arm’s length, it’s even worse to learn that she’s been spending time with Jordan. So naturally, when Cane runs into the photographer at the Genoa City Athletic Club, things are more than a little tense! “If Lily wants to talk to someone, that’s up to her,” Jordan warns. “Not you.” How far will Cane go to fight for his marriage?

Meanwhile, Charlie is still hoping his parents will figure out a way to get back together, and wonders if Cane finding a job will be the first step to a reconciliation. “Even if your dad gets the perfect job,” Lily confesses to her son, “I don’t know if I’ll ever be ready for him to move back home.” 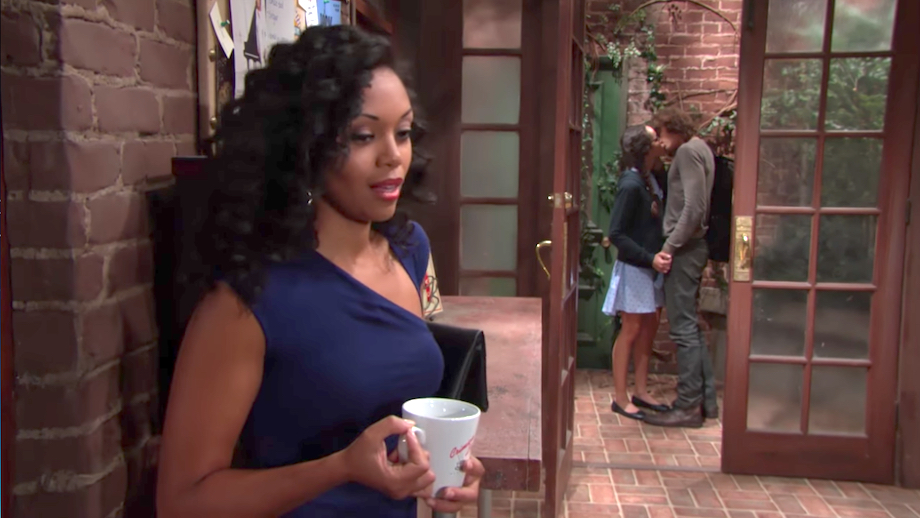 Meanwhile, Lily and Cane’s other child could be getting herself in big trouble! She’s sneaking around with Reed, trying to keep their budding relationship on the down low, but that could soon come to an end. As the young couple steals a kiss on the patio at the coffee shop, Hilary spies them through the doorway! As the reporter smiles to herself, what is she planning to do with this particular scoop? (Nothing good, we’re sure!)

Who Is Alice Johnson on Y&R?