Lily and Cane’s marriage continues to crumble, and in these spoilers from THE YOUNG & THE RESTLESS, outside pressures could destroy it completely! Plus, a big night for Noah and Devon could take an unexpected turn with the arrival of a special guest!

Jordan arrives at Lily’s and walks into a veritable minefield when he realizes that he’s interrupted her conversation with her daughter. “Mom made dinner reservations at the club,” Mattie tells Jordan with forced cheerfulness. “You guys can go together. Since that’s what she really wants.” Mattie shoots them both a withering look before grabbing her backpack and storming out of the room. Has the teen given up on getting her parents back together?

Meanwhile, Cane clearly wants to get back onto his twins’ good side, and Juliet is disappointed to see that he’s focusing more on his family with Lily than his baby that she’s carrying. “Sounds like you won’t have the same love for this child that you do for Mattie and Charlie,” she sighs. Does Cane have enough love to go around, or will supporting his baby with Juliet mean the end of his family with Lily? 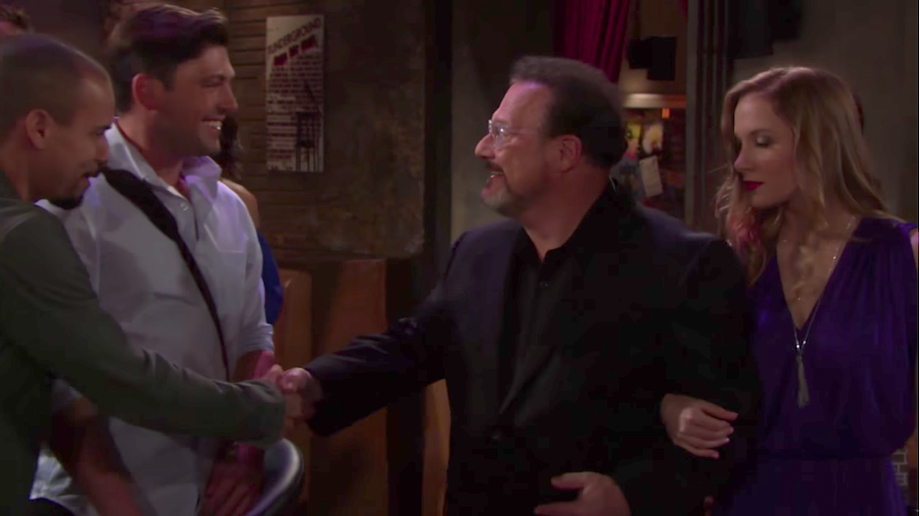 It’s a big night at The Underground for many! (Photo Credit: CBS)

It’s the night of Tessa’s big performance at the club, and the record promoter (played by special guest star Wayne Knight) arrives with a gorgeous young blonde on his arm to greet Devon and Noah. “Devon!” he says, reaching out his hand to shake. “Good to see you again.” Everyone looks excited for the night ahead… well, except for the arm candy. She looks decidedly uncomfortable. Wonder why?