It’s a matter of trust in these spoilers from THE YOUNG & THE RESTLESS. Does Tessa trust Mariah enough to open up to her? And does Chelsea trust Nick enough to take a major step forward in their relationship?

Tessa is settling into Sharon’s place, but the young woman is clearly still terribly upset by something, and Mariah is determined to get to the bottom of it. “Something is wrong,” she tells a tearful Tessa. “If we are truly best friends, you need to talk to me.” Can Tessa trust Mariah enough to confess exactly what’s tearing her up inside?

MUST SEE: Chrishell Stause Had the Wildest Bachelorette Party! 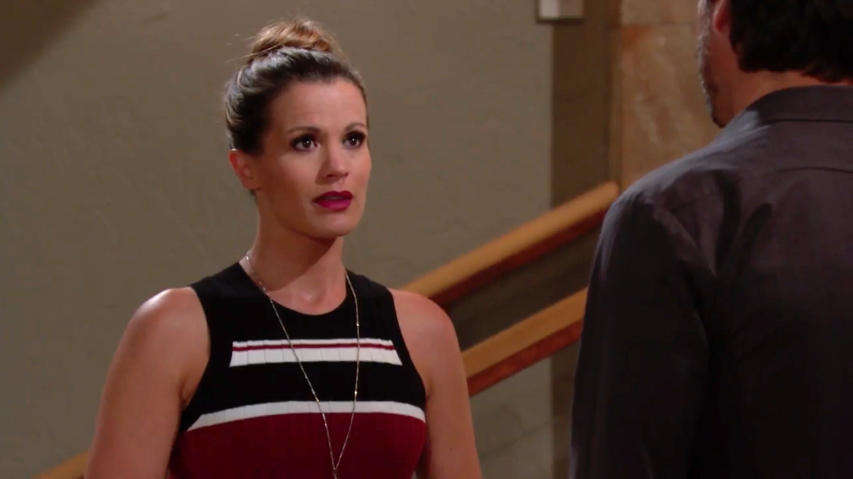 Chelsea was surprised when Nick told her Victor had thrown him out of the tackhouse, but even more so when Nick then proposed that they move in together! “I kinda think we’re ready for the next step,” he suggests cautiously. “Don’t you?” Chelsea looks a little taken aback as she attempts to process her thoughts. How would she feel about Nick moving into the home she shared with Adam?

Lily is struggling to keep her life together after throwing Cane out of it, but unfortunately, the hits just keep coming. Sitting down with Billy at Brash & Sassy, he shares some bad news with the model. “We have to put the Dare campaign on hold as of right now,” Billy admits. Lily asks why, but it would seem that Cane’s actions have also impacted business at Brash & Sassy and put the company in danger. How many more ways can Cane ruin Lily’s life?

Hang Out With Melissa Claire Egan and Some Adorable Puppers!