Kevin and Chloe’s wedding day has finally arrived, and the drama is about to explode in these spoilers from THE YOUNG & THE RESTLESS!

After failing to get Chelsea to see that Chloe was responsible somehow for Adam’s death in the cabin explosion, Nick leans on ex-wife Sharon for advice. “It totally blew up in my face,” he sighs. “And now Chelsea’s so mad at me, she told me not to go to the wedding today.” But what Nick doesn’t know is that Chelsea has discovered evidence of her own that implicates Chloe, and he’s definitely going to want to be there for Chelsea when this all hits the fan!

Meanwhile, over at the house, Kevin stands stone-faced next to Michael as Esther lets Gloria in. “Hello my love,” she says, embracing Kevin before whispering, “I left the car running. Not too late to make a break for it.” Is Gloria speaking to a brick wall or can she talk some sense into her son at the last minute?

MUST SEE: Y&R Casts Some Familiar Faces for its Hollywood Week! 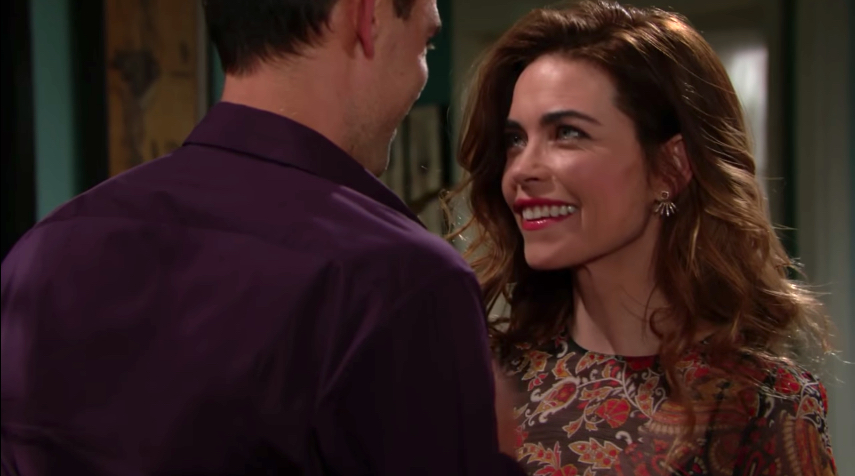 Are Billy and Victoria on the road to a reunion? (Photo Credit: CBS)

MUST SEE: The Most Stunning Daytime Emmy Red Carpet Looks Ever!

Billy and Victoria are enjoying a tender moment after spending the day with the kids, their smiles beaming as they stand close to each other. But their reverie is interrupted when Reed walks in the front door. “You guys are so busted!” he chuckles. Are Billy and Victoria truly finding their way back to each other? Can their marriage be repaired and their family reunited?