Jack’s vendetta against Victoria and Billy’s company could cost him his relationship with Nikki in these spoilers from THE YOUNG & THE RESTLESS. And Mariah gets immediately suspicious when Hilary does something unusual… she apologizes!

Nikki and Jack have been getting closer, but his plans to destroy Brash & Sassy have the potential to cause a major rift between the couple. Nikki visits Jack in his office to discuss some business that is definitely not a pleasure. “Are you planning on destroying my daughter’s company?” she asks cautiously. Could Nikki be the one to make Jack rethink his plans?

Meanwhile, Billy and Victoria try to figure out a plan to fight back against Jack’s attack on their business. “I am not going to let you or this company become collateral damage,” Billy promises her. Victoria sighs and looks up at him as she asks, “No matter what the cost?” Just how far will they go to keep their company afloat? 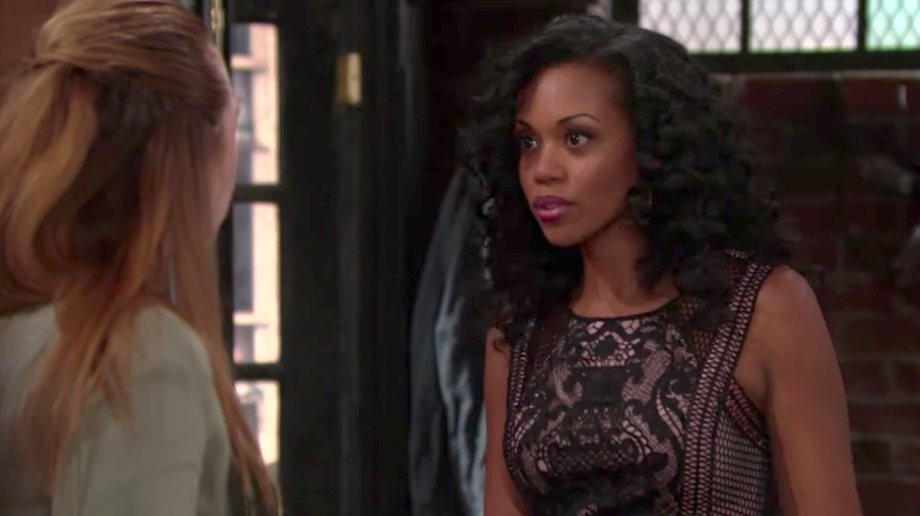 Over at the GC Buzz studio, Mariah is in a bad mood and snaps at Hilary when she tries to talk to her. “Mariah, I really am sorry,” Hilary insists, following the redhead around the room. When Mariah asks what she’s trying to apologize for, Hil replies: “I ruined your date with Devon the other night.” Since Hilary has made no secret that she still has strong feelings for Devon, is this apology even remotely sincere, or is she just laying the groundwork to split Mariah and Devon up for good?

Michael Muhney Reveals His Role in a New Primetime Series

Who is Alice Johnson on Y&R