Relationships can be such hard work, especially in these spoilers from THE YOUNG & THE RESTLESS!

Even after their disastrous affair, Phyllis and Billy still had tons of chemistry, so it’s not really a surprise that the pair has found their way back into each others’ arms. But are they really ready to try and make things official? When Jack suspects that his ex-wife is seeing someone, Phyllis admits, “You’re guessing right. There is someone.” Curious, Jack inquires, “Anyone I know?” and Phyllis just grits her teeth. If she can bring herself to tell Jack that she’s back with his brother, telling the rest of Genoa City that she and Billy are dating should be a piece of cake!

Meanwhile, over at Brash & Sassy, Victoria is growing frustrated with Billy’s reluctance to open up to her. “I just get the feeling that you want to talk,” she assures him. “I’m here to listen.” But Billy is just as afraid to reveal the details of his new relationship as Phyllis is. Although perhaps for different reasons — Is Billy not truly over Victoria yet? 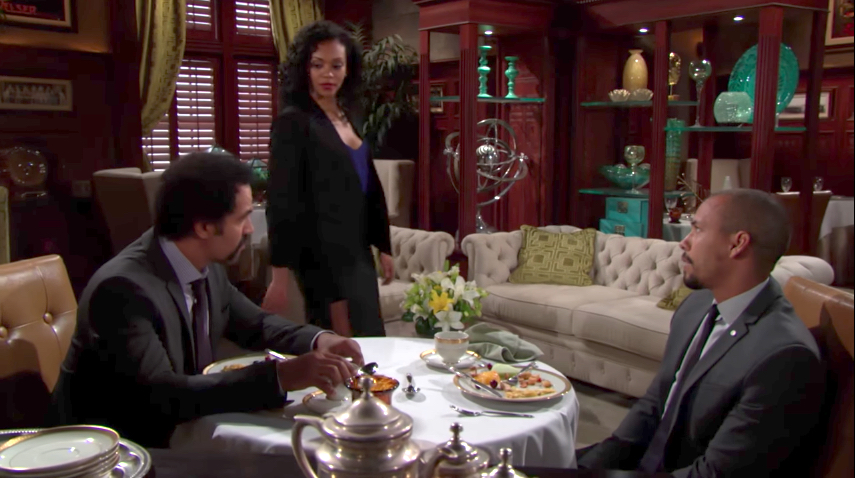 MUST SEE: Corbin Bernsen Brings Father Todd Back for Another Visit!

Neil and Devon are excited about going into business together, but their day gets off to a rocky start when their breakfast is interrupted by Hilary. She swans past their table with an insincere “Good morning, gentlemen,” before pausing to add: “See you in court.” Devon grimaces. Hilary’s affair with him while married to Neil almost tore the father and son apart. How much more damage can she do?