Some Genoa City residents are hiding secrets, but will they be revealed in these spoilers from THE YOUNG & THE RESTLESS?

Scott has been trying to settle back down into a normal life in town now that his adventure in the Middle East has come to an end, but some things from the past just can’t be avoided. He has a private meeting with Christine in a car where she tries to assure him, “I’m glad you’re safe and doing well…” But Scott angrily cuts her off, turning to her and barking, “But that’s not what this is about! Cut to the chase — What do you want from me?”

Chelsea comes rushing into the police station, a little out of breath as she tells Paul, “I came as soon as I got your message.” He takes a deep breath and reports, “I wanted to give you an update on the search for Chloe.” But does he have good news, or is he only going to tell her they still have no leads on tracking down the fugitive? Might Chelsea choose to take the law into her own hands? 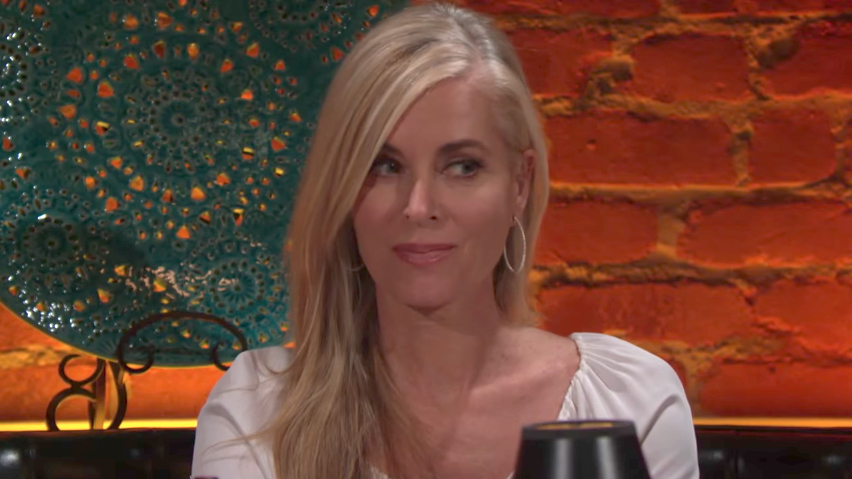 Ashley finds herself the object of affection! (Photo Credit: CBS)

In New York City, Ashley and Ravi have enjoyed their night out at the opera and even shared a kiss. So what in the world are they doing sitting at the same restaurant table as Ben? Obviously, things aren’t going to plan because Ravi snarkily asks Hochman, “Are you always this much of a pompous ass?” The businessman’s face falls as he tries to think of a comeback, and Ashley tries to stifle a smile as she looks back and forth between the two men fighting over her.