Scott makes a leap of faith and asks Sharon to do the same in these spoilers from THE YOUNG & THE RESTLESS!

Despite his recent drunken make-out session with Phyllis, Scott remains intrigued by Sharon, stopping by the coffee house to chat with her. “Are you free tonight?” he asks with a nervous smile. Wary, Sharon wonders, “For what?” Scott teases, “Say yes and you’ll find out.” Will Sharon agree to go on a date with Scott? Could these two damaged people actually find happiness with each other?

MUST SEE: Y&R Ages Lily and Cane’s Twins Into Teenagers! 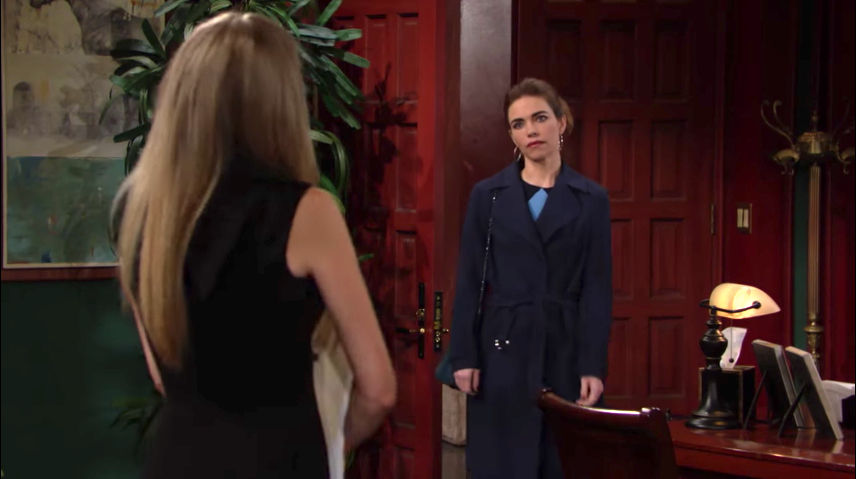 Abby has a surprise for Victoria! (Photo Credit: CBS)

Furious that Victoria took away the car that Victor had given him for his birthday, Reed tries to plead his case with Billy. “Mom and I were getting along so well,” the teen complains. “What’s wrong with her?” Is there anything Billy can do to reassure Reed, given that even he doesn’t know what’s really bothering Victoria right now?

Meanwhile, Victoria pays a visit to the Newman Enterprises offices looking for Victor to give him a piece of her mind about trying to buy her silence with an outrageously expensive birthday gift for Reed. “Where’s Dad,” she asks Abby angrily. Having been made acting CEO by Victor before he took off, Abby happily reports, “Out of town. And you’ll never guess what he did before he left!” How will Victoria react to Victor’s latest manipulative ploy?