Sharon may be in way over her head in these spoilers from THE YOUNG & THE RESTLESS. As Billy tries to keep Victoria and Phyllis from coming to blows again, Sharon could be getting herself into an even more dangerous situation!

At The Underground, Sharon spots Alice and rushes over to her. “You have no idea how glad I am to see you,” Sharon smiles. Alice just looks at her, confused. Sharon is convinced that Alice has something to do with the sex ring, and is determined to save Tessa’s sister, Crystal, from them. And despite everyone warning her not to get involved, the amateur sleuth just can’t seem to help herself! Will Sharon regret trying to take the law into her own hands? 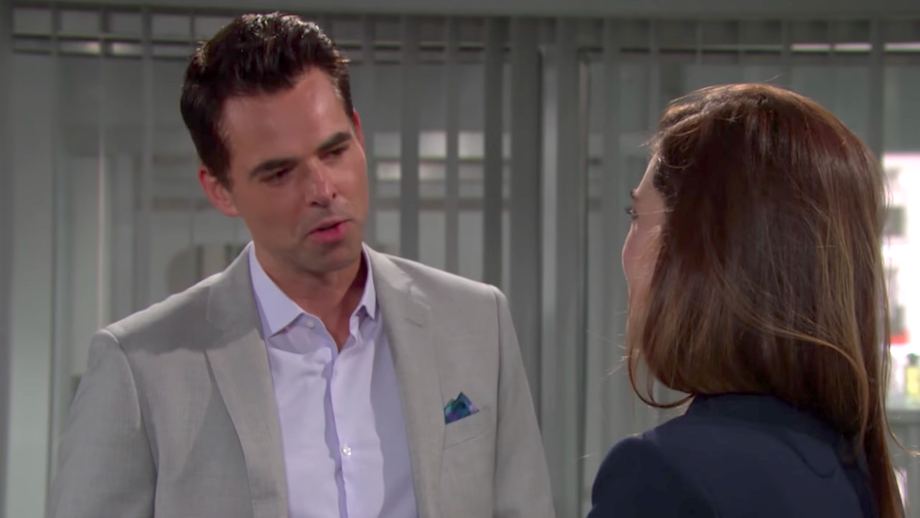 Phyllis and Billy had it out over Victoria, but seem to be on the same page now. And when gossip hound Hilary runs into Phyllis at the Jabot offices, she asks for an update. “How’s it going?” she says casually. “You winning? Or are you losing?” And over at the Brash & Sassy office, Billy decides that it’s time that he and his ex-wife clear the air. “I think there’s something we should talk about,” he stutters. Victoria smiles and says: “It’s fine.” When Billy protests that she doesn’t know what he’s going to say, she adds: “The kiss.” is Billy right to worry that Victoria will read more into it than she should?